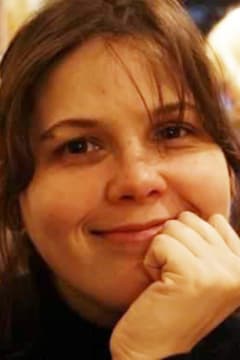 Stephanie Marie (Just) Fidler was lost to this earth on the afternoon of September 6th. - She
was born on the 6th of February 1975 in Woodbridge Virginia to Larry Just and Diane (Sullivan) Just. After the family settled in Spotsylvania County in 1984, she ultimately graduated from Spotsylvania High School in 1993. While at SHS, she was a member of the Knights Marching Band and Latin club. Her saxophone playing was likely more notorious than notable, but she persevered and had a lot of fun and made many friends along the way. Fortunately, she did not pursue a career in music.

She briefly attended Germanna CC and Strayer College, but chose to enter the workforce
instead. She dabbled in retail sales but ultimately found a home at Quantico MCB on the IT staff of HQMC, where she met the love of her life, Randy Fidler, when he joined the HQMC staff. They were married in 2000 and were always devoted to each other. In 2015, Stephanie and Randy embarked on a new adventure when Randy accepted a new challenge and joined an IT firm in his home state of North Carolina. Stephanie readily embraced the change and they settled on the north side of Raleigh.

She was content to be a stay at home spouse until she decided to try something entirely new
and that took maximum advantage of her caring personality, in providing assisted home living
care with Home Instead of Raleigh. She made many good friends and won multiple awards for
her work and dedication to her clients.

Unfortunately for the couple and their families, they were never able to bear children. But
Stephanie was mommy to many pets, mostly cats even to this day. She is the proverbial “Cat
Lady” and leaves behind a black and white rescue cat named Chase, who is still waiting for her to come home, but is grieving and adjusting just like the rest of us.

Stephanie is survived by her husband, her parents, many aunts and uncles, bunches of cousins and numerous nieces and nephews. And Chase is still waiting for her return.

Flowers are welcome, for those wishing to make a memorial donations, donations are appreciated at: Safe Haven for Cats