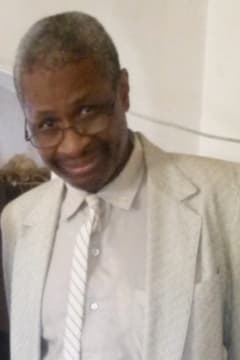 After completing his studies, Stanford graduated and went on to become a printing press engineer for the Jamaica Gleaner Newspaper. Uncertain, when his quest for abroad began, but it led him to the United States in 1975. After a while of settling into the States and his electrical career, he met Wanda Butler. They married in 1981.

His daughter, Sikida Noelle Cockburn, was born March 31, 1982. Stanford's work ethics exhibited moral principles that were outstanding. He retired comfortably, with his work ethics and investments, being classified as determined and dedicated. It played a high value on his professional success.

Mr. Cockburn, was also very giving and donated to many charities, throughout his life. Though it deserves honorable mention, he did it for no merit, but from his heart with compassion and understanding for those who are in need.

He was a loving father to his daughter, and a phenomenal grandfather to four girls, Qwa'Nyla, Mi'Treasur, Burchai, and Destiny, who absolutely adored their Pop Pop. His longest relation is the honor in the devotion he had to his siblings. He firmly believed he was his brothers' and sisters' keepers. Stanford was so proud, and shared laughter when telling his daughter, Sikida, how it started with 11 kids, and two parents in a little house on top of a hill far away; and how it didn't surprise him that, all his siblings turned out "good professional people." The stories also described how they were principled on school and prayer to get through their hardships as kids coming up. No matter what, they always stuck together. One Family. One Love.

“Fletcher" as they would call him, was known to the world to be handsome, highly intelligent, exceedingly cunning, diabolically reliable, and independent. Those are the traits of his character that got him the nickname, James Bond "007." In addition, to his passion for travels and new adventures.

He may have appeared, to have a tough exterior to ALL others, but he was just "Dad" and extremely sensible and calm to his daughter, Sikida. She would always say, "my dad is my rock," or call him "her right-hand man, Stan." Simply, because it is a FACT, there is nothing in this world that he wouldn't do for her or her children. Stanford's life was complete. He did what he wanted to do, his very own way; and for that honor, it is a life that we shall celebrate and forever Salute. Farewell our Dear Beloved.