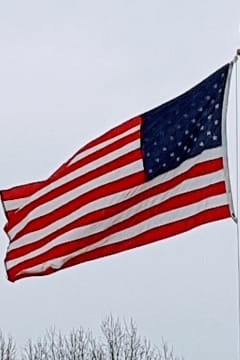 Ruffin “Bob” Cooper, 91, of Durham, NC, died on July 19, 2021, at home with his family, after being diagnosed with Alzheimer’s Dementia. He was born in Takoma Park, Maryland, on August 29, 1929, son of the late Ruffin R. and Regina Neufeld Cooper.
Bob went to school at James Madison High School in Brooklyn, New York. He went on to honorably serve in the U.S. Army during the Korean War. After serving, Bob spent his career working for the Department of Defense, National Security Agency, as a Cryptanalyst. Ruffin was admired and respected by his colleagues for his high principles and devotion to his profession.

Bob married Patricia Parella. Together they raised two wonderful daughters, Heather and Holly. Bob and Pat had a very loving and respectful marriage. They enjoyed traveling and had some incredible adventures; including driving across the United States (north to south and east to west)--on four different trips, each lasting about thirty days. During those trips they had the opportunity to visit several national parks. One of their favorite trips was to South America where they spent 32 days.
Bob was a Washington Redskins and Baltimore Orioles fan. He enjoyed attending their games. But the great joy of Bob’s life was spending time with his daughters and his grandchildren, Kayleigh, Madeline, Sarah, and Cooper.

In lieu of flowers, donations can be made in memory of Ruffin to
the Alzheimer's Association