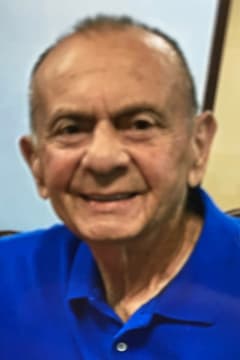 Jim loved people – he loved meeting them, learning their names, and making them smile. One of his favorite jokes at the Springmoor Life Care Retirement Community, where he lived out his last days, was to tell people “You better get inside before it starts snowing!” – in the middle of the summer. As the proud son of John Costantino and Susan Marando, immigrants from Italy who came to America in the early 1900s, he was especially interested in meeting and hearing the stories of those who had newly arrived to this country. He was fiercely proud of his Italian heritage and lived his life according to the dictum he displayed on a wooden sign in his home – “Vive Bene, Spesso L’Amore, Di Risata Molto” (Live Well, Love Much, Laugh Often).

Jim was born in Braintree, MA in 1930, the youngest of seven children – Annette, Ada, Margaret, George, Joseph, and John Jr. He was proud of his childhood, which was hardscrabble but full of love, and he enjoyed telling stories from the period – one memorable incident happened at a grocery store where he worked behind the meat counter, and the only thing available to push meat through the grinder was a banana. One can guess what happened next, and the customer came back the next week requesting more of that especially flavorful ground beef.

Jim had a lifelong passion for learning and received his Bachelor of Science degree in Mechanical Engineering from the University of Massachusetts in 1958, which was made possible through the G.I. Bill and his service in the U.S. Navy. His military career included time as an Air Traffic Controller and Air Intelligence Officer, and he retired as a Commander from the U.S. Naval Reserve in 1982. Throughout his life, he also received a Master of Engineering Administration from George Washington University in 1961 and a PhD. in Economic Research and Program Management from American University in 1971.

His education brought him to Washington, DC, and it became his home for a large part of his life. Most importantly, it is where he met, fell in love with, and married Dolores Billek in 1966, after she asked the front desk clerk in the apartment building where they both lived to set her up on a golf date with him. They spent their honeymoon in Jamaica before settling down in the Virginia suburbs, where they had two sons.

Jim greatly respected work and the people who did it, and throughout his life he worked hard to give his family opportunities that he never had. His early career was spent as a civil servant for the U.S. Federal Government, where he worked as an Engineering Manager at the Federal Aviation Administration and Director of Technical Support in the Office of Manned Space Flight at NASA before moving to the U.S. Department of Transportation. There he served as the Chief of Staff to the Deputy Secretary and the Secretary’s Representative to Governors and Mayors until 1976, when he became Director of the Department of Transportation’s Volpe National Transportation Systems Center in Cambridge, MA. He led TSC until 1984, when he retired from the government and moved back to the DC suburbs.

Transportation was Jim’s area of focus, and his expertise on the topic brought him to events and meetings around the world. In 1991, he became the inaugural president of the Intelligent Transportation Society of America, a nonprofit organization founded to coordinate the application of advanced technologies and public-private partnerships to create more efficient transportation systems. He was there until 1998 when he retired from professional life.

Jim spent a number of years as a professor, teaching engineering, project management, and transportation systems at George Washington University and the George Mason University’s School of Information Technology and Engineering in Fairfax, VA. Throughout his career, he served as a mentor to many students and younger employees who came to him for career guidance and advice.

He was also a member of the Knights of Malta, a Catholic lay religious order. Of note during this period was his commitment to community service, which included volunteering at an AIDS hospice during some of the worst years of the disease.

Jim was an avid golfer, and in his later years he enjoyed spending time on the links with a group of older gentlemen known as the S.P.O.O.F.’s (Society for the Preservation of Old Farts). He enjoyed skiing and hiking, as well as working in the yard and taking care of his house. He even started riding a motorcycle in his 60s. Throughout it all, he was lucky to have a wonderful group of friends, many of whom stood by his side for decades.

He is survived by Dolores, his loving wife of more than 55 years; Christopher and Jeffrey, his proud sons (who probably took for granted what an amazing man their father was); Emily and Anna Sophia, his beautiful granddaughters; and many nieces and nephews. He leaves behind countless memories of a well-lived life full of love and laughter.

A Memorial Service will be held at a later date. For more information, please contact Jeffrey Costantino at jeffreycostantino@gmail.com. 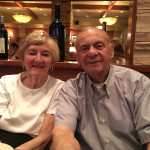 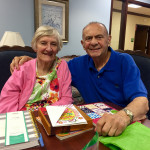 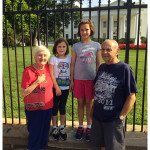