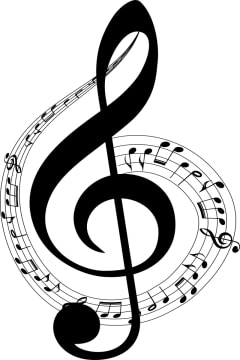 On September 3rd, 2022, Dustin Adam “Dee” Hill passed away in his home at the age of 41. A lifelong North Carolinian, Dustin was born in Asheville, North Carolina on July 31st, 1981. He spent his youth roaming the mountains of Western North Carolina before moving to the North Carolina Triangle in 2009. On July 9th, 2014, he married his longtime partner Grace Salzer, and he spent the last years of his life building a home with her in Garner, NC.

After his family and friends, Dustin’s greatest love was music. An I.T. professional by trade, Dustin was always a musician at heart. Every possible moment of the day was filled with song – whether it was a favorite melody played over one of the household speakers or a rhythm tapped out on a kitchen countertop. The world will be a little quieter in his absence.

Dustin is survived by his wife Grace Salzer, by his mother Deborah Worley, by his brother Dane Hill and by his sister Dru Jensen (Kyle), by numerous cousins, aunts, and uncles, and by more friends than can be counted. He was preceded in death by his father, Merritt Albert Hill.

Dustin will be cremated on Friday, September 9th, 2022 in a private family service at Renaissance Funeral Home in Raleigh, NC.

In lieu of flowers, the family asks that loved ones make a donation to the East Henderson High School Band Program. Please send checks to “EHHS Band” at 150 Eagle Pride Drive, East Flat Rock, North Carolina 28726 or call (828) 697-4768 to give electronically.