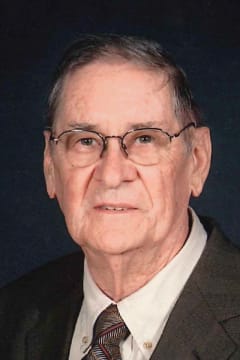 Obituary For A. Stephen Godar

Antoine Stephen Godar (Steve) passed away peacefully at home on Monday, April 4, 2022. He was 96 years old. Steve was born in Hardin, Illinois and as a child, worked on the family farm after school and enjoyed exploring in the hills and caves around Hardin.

Steve enlisted in the US Navy at age 18 and served in the North Atlantic Theater during WWII. He served on several Liberty ship convoys delivering supplies to Europe. He made several trips across the ocean and back again during his time of service.

After the war he enrolled at Southern Illinois University and earned Bachelor and Master degrees in Education. While still a student there he met his future wife, Irene Dakin. They were married in 1949. After earning a Master’s degree in Public Health Administration from the University of Minnesota, Steve served as Director of Administration for the St. Louis County Health Department. In 1964 Steve accepted a position with the US Environmental Protection Agency in Washington, DC and later worked in Durham, NC until his retirement in 1986.

During his retirement, he played golf weekly, served as a volunteer delivering Meals on Wheels for many years, and enjoyed his growing grandchildren.

In 2011, after 62 years of married life, Steve lost his beloved wife, Irene. He was also preceded in death by his daughter, Dr. Jeanne Godar; his granddaughter, Kate Hess; his brothers, Edward, Leo, Al, and Daniel Godar; and his sister, Marian Muehlenkamp.

Steve is survived by his daughter, Anne Hess; his son, Dr. Stephen Godar; and grandchildren, Will Hess, Dr. Elizabeth Godar, and Michael, Chris, and Anna Davis. He is also survived by his sisters, Rosemary Ippolito, Clara Lou Conlin, and brother Steven Godar.

Steve was a devoted family man, a loving husband, a supportive and encouraging father, and a wonderful fun-loving grandfather. He will be greatly missed by all of his family and friends.

In lieu of flowers, memorial donations can be made to Transitions LifeCare