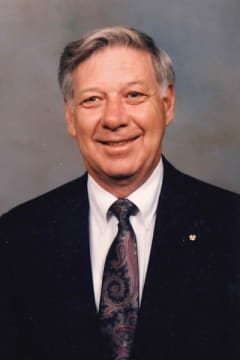 William G. Perry Sr., (Bill Perry), passed from this life to the next at 2:30am on February 17th, 2021. He was surrounded by love as he ran across the finish line into the arms of Love himself, Jesus. He was preceded in death by his father, Lake Perry; his mother, Irene Perry; his brother, Herbert Perry; his aunts, Minnie Satterfield and Bertha Weaver. He left many behind who loved him dearly including his wife of almost sixty-two years, Linda Lou Jenkins Perry; his daughter, Sabrina Perry Edwards; his son, William G. Perry Jr., (Billy); his six grandsons; Josiah Edwards (Lane), Israel Edwards, Zanan Edwards (Andreea), Malachi Edwards (Sarah), Gideon Edwards, and Abram Edwards; his granddaughter, Olivia Perry; and his great grandson, Liam Edwards.

Bill was born in Etowah, Tennessee on April 28th, 1935. He resided in McMinn county until he graduated from Englewood High School and joined the Navy in 1954. When he left the service he returned to Athens, Tennessee where he met and later married Linda Lou, the absolute love of his life, on May 24th, 1959. They had Sabrina in 1960 and together moved to Cookville, TN where Bill attended Tennessee Tech University. He graduated with a degree in Industrial Engineering in 1964 and the family of three began their nomadic journey, adding to their numbers in 1965 with the birth of William G. Perry Jr., (Billy). They collected multiple residences and accents, along with life-long friends for the next twenty-four years.

In 1984 he returned to Jacksonville, Florida, another love of his life, in the employment of the U.S. Postal Service, as the Manager of the Bulk Mail Center. He retired in 1992 and remained happily in Jacksonville with the sun, sand, golf, Billy, Olivia, family, dear friends, and most importantly, Linda Lou. In 2018 he and his bride migrated north to Raleigh, N.C. where he lived his remaining two and half years next door to Sabrina and her branch of his clan. William G. Perry came from a rich heritage that treasured family and welcomed people with open arms. He fostered that same sentiment and left this world surrounded by people who found a home in his big, sweet heart.

For many reasons, we have decided to forego a traditional memorial service and instead invite each of Bill’s friends and family members to do something open-hearted and generous in his honor. Take comfort in knowing that he will see from above and smile from ear to ear until his big, blue eyes crinkle with pure joy.

Bill and Linda have been long time friends of ours. Gene and Bill were classmates. We extend our sympathy to Linda, Sabrina and Billy as well as the six grandsons, one granddaughter and one great grandson. Bill will be missed by many friends as well as family. May God Bless and comfort each member of the family until they meet again.
- Gene and Ann Buckner

My deepest sympathy to Linda, Sabrina and Billy. Your mom and Dad welcomed me into your home as one of their own during my senior year of high school and later on when you were back in Greensboro. He was an incredibly kind man who cared deeply for others He will be greatly missed!
- Philip Hoffman