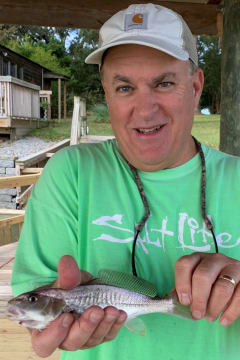 Terry Patrick O’Malley, 66, of Raleigh, NC passed away suddenly on Thursday, May 27, 2021. He was born June 3, 1954 in Binghamton, NY to the late Patricia Scully O’Malley, and Raymond Francis O’Malley.

Terry had an incredible work ethic admired by many. He began his career at the age of 18 at IBM, and worked there 18 years before moving on to Cisco and other tech companies in the area. He was known for his efficiency and dedication to customer satisfaction, which both earned him many awards and recognitions over time. He had recently retired in August of 2019. While his work was admirable, it is certainly not what he would want his life remembered by.

Terry, while born in New York, moved to Raleigh by age ten. He quickly became an aficionado to the North Carolina lifestyle, and never gained an interest of anywhere else. He has remained lifelong friends with the same “Lakemont Boys” since his arrival. The old pictures that have recently surfaced paint a narrative that couldn’t ever be written — surf trips to Wrightsville and Atlantic, immeasurable fishing excursions, mudding through the Blue Ridge, concerts aplenty, and camping at every notable spot. The adventures from his early adult life give more than a nod to his laid back personality, and the joy he found in the most simple of life’s pleasures.

In his greatest adventure, Terry became a family man. Terry met his wife, Joan, over the greeting “who the hell are you?” and never looked back. They were happily married 6 months later, and remained so for almost 36 years. With the birth of their daughter, Morgan, he became a proud and loving father. There was some concern when they got home from the hospital and he asked “what do we do with her now?” but he quickly adapted to fatherhood, cheering her on every step of the way, and bragging to anyone that would listen. Terry was happiest when he was spending time with them. Or was he happiest when he was having a late night beer in his man cave? It’s a tough call. Regardless, Terry enthusiastically included them in his adventures, teaching them to fish, and taking them camping whenever time allowed. As life went on, Terry took on the title of “Pop” to his grandson, Nolan. Not long after Nolan was born, Terry made it a priority to go out and purchase Nolan’s Lifetime Sportsman License. He was so proud to pass on his hobbies to his grandson, and made sure he was the one to take him on his first fishing trip. He loved to take Nolan on the boat and let him help drive. Being Pop brought Terry a new sense of youth and life that was apparent any time they were together.

Remember that man cave mentioned before? That was his baby. It is the first thing to be included on a house tour, and the place where the last guests remain at the end of the night. It is filled with TVs broadcasting NC State sports, refrigerators overflowing with beer, a CD and vinyl collection that was never to be replaced with streaming, and his beloved neon sign collection. He was caught many a time jamming out and playing his air guitar with passion, but maybe not so much grace. He didn’t care, he was just happy to be alive, simple as that. It is just one of many cherished memories that will always bring a smile to our faces.

Terry, if you haven’t realized, was one of a kind. He was a “good ol boy” through and through. He exuded happiness, welcomed anyone in his path, and was loved by all who met him. If he seemed quiet at first, he was sure to have you laughing sooner rather than later. There is undoubtedly a massive void left in the lives of many after his passing. There aren’t words for the sadness that is felt, but we can assure you that is not how Terry would want us to be right now.

Terry was preceded in death by his mother, Patricia Scully O’Malley, and his father, Raymond Francis O’Malley.

In lieu of flowers, the family would ask that you consider a donation to NC Wildlife Resources Commission in his honor. Donation information can be found at www.ncwildlife.org/donate. Please make your contribution in memory of Terry O’Malley. 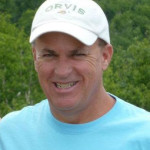 So many memories Terry, he was the best brother-in-law anyone would want. While we had not spoken in a while, the smile is always there in my mind. A good and caring person that made everyone else feel his happiness. Terry will be missed, but not in my thoughts!
- Wayne Saraphis

Thoughts and Prayers to the family ! My sincerest condolences!
- Len Sangster

Sorry to hear of Terry's passing. Still remember him hanging out with my brother Doug and all the North Hills Gang back in the day. Bruce Diuguid
- Bruce Diuguid
Terry an I laughed a lot a few weeks ago when we where helping his brother Brian move into a new house . We where all so tired that day that all we could do was laugh. He would tell me "slow down we're old we can't keep up" I would respond I'm not in shape has you guys" he had a good hardy laugh that rang true.
- Dylan Longcore
Joan & Morgan...I am so very sorry for your loss. Keeping both of you and your family in my thoughts and prayers. With deepest sympathy...Kathy Buff.
- Kathy Buff
So sorry to hear of Terry's passing. Julie Marchant Bolus
- Julie Marchant Bolus
My sincerest condolences. Jim Brady.
- Jim Brady

So sorry to hear about your loss. Terry was a God sent to us and Gwen. Sandra Wicker
- Sandra wicker