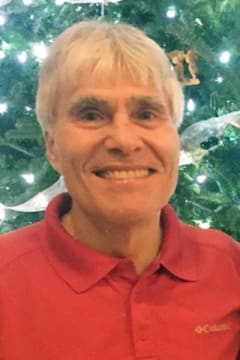 Salvatore “Sam” Quattrocchi of Raleigh, NC passed unexpectedly on January 23, 2021. Sam was born October 8, 1947 in Villarosa, Sicily, Italy to Vincent and Anna (nee Arcadipane) Quattrocchi whom preceded him in death.

Sam was born in Italy and lived in Belgium and Canada before coming to the Unites States to live in Chicago, Illinois. His family eventually settled in Cleveland, and later, Lakewood, Ohio. During that time he obtained Bachelor of Electrical Engineering from Cleveland State in 1970 and a MBA at The Ohio State University in 1979. A job opportunity brought him to Raleigh, NC in 1984 where he spent the rest of his years. Sam participated in many sports over his lifetime such as baseball, softball, racquetball, running, sailing, and most recently, becoming an avid bicyclist. He traveled worldwide, both for work and pleasure. Over the years, he has worked for many Telecommunications companies, but retired from IBM. After retirement, he enjoyed helping children by being a Guardian Ad Litem in Wake County. He was always loyal to his Cleveland teams: Indians, Browns, and Cavaliers. He also rooted for The Ohio State football and basketball teams. Sam was a member of Tau Kappa Epsilon Fraternity and a member at the St. Francis of Assisi Parish.

Friends and family always loved to see his Christmas tree every year- It was always the biggest in the neighborhood. Every Labor Day, he enjoyed going to Ocean Isle Beach with his wife, Kathy; sister, Jo and brother-in-law, Bill; and grandson, Jayden. He will always be loved and cherished for his giving heart and devotion to his family.

A Graveside service will be held at Historic Oakwood Cemetery on
Friday, January 29, 2021 at 1:30 in the afternoon.

In lieu of flowers, donations can be made in memory of Sam to the American Heart Association , American Cancer Society , or The Autism Society of NC 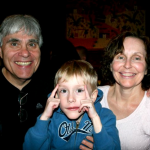 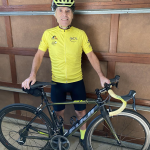 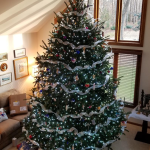 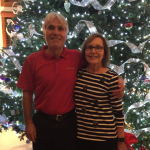 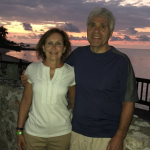 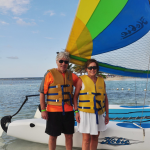 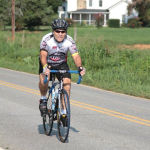 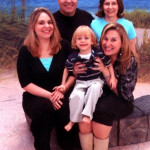 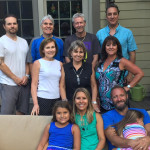 Generous, great man and proud of his Italian being. I'll remember you forever.
- Patrick Palmeri

Condolences to the Quattrocchi family, from his Rosewood Ave, Lakewood Ohio neighbors. Rest in peace, Sam. The Henrikson family.
- Heidi Maurer
Kathy, I am so very sorry to hear about Sam. Prayers for you and your family during this terribly difficult time.
- Beau Eddleman
Sam was a dedicated fraternity man who will be greatly missed. Condolences to his family and may he rest in peace. God bless. John Petro
- John Petro

Dear Kathy, There are no words to describe how sorry We are for the loss of SAM!😞😞😞 Our condolences to All of You at this sad time. With love from Sicily. Cesare Gabriella Giuseppe Walter and family. Giacomo Ersilia Mariapia Paola Isabella and family. Gemma. Tina Pietro Paola and family.
- CESARE LENTINI

Sam was a dear and Sweet person! He will live in your and our hearts. With love! Giuseppe Lentini and family
- GIUSEPPE LENTINI

Kathy, I'm sorry for your loss and wish you comfort for your sadness. Gretchen Wallace
- Gretchen Wallace
Steve and I are so sorry to hear this news. Steve enjoyed being on the high school baseball team with Sam. Both of us enjoyed catching up with Sam and Kathy at high school reunions. Steve and Carolyn Miller
- Carolyn Miller
Very sad to hear of Sam's passing. So many awesome memories of this phenomenal man spanning 30 years - He took a chance on me in 1992 and literally launched my career in I.T. He will be missed for his laugh, kindness, compassion, generosity and wit. How we enjoyed the annual holiday party. So many times he would insist I tell a funny story about him to his guests - Oh how we all laughed - Sam was a real friend, a stand up guy and a loving family man. Prayers going up for his family. He is loved. Special condolences for Kathy, Tina, Angela and Jayden. -Marilyn and Kevin Slinkman

Dear Kathy and Family, We are so sorry. Wishing you comfort and peace. Our deepest sympathy, Mary and Bob Loose
- Mary Loose
Dear Kathy, Sam's generosity of spirit and positive attitude was a blessing to those of us who had the good fortune of working with him. His caring heart inspired us all. Sam's legacy will live on through the many lives he touched including 24 children who greatly benefited from his committed volunteer child advocacy with the Wake County Guardian ad Litem program. Our community has lost a caring citizen. You and your family are in our hearts and minds. Please accept our most heartfelt condolences. -Wake County Guardian ad Litem Staff

Aunt Kathy, Our prayers and love are with you. Shaun and I are saddened by the loss of Uncle Sam. Much love to you during this time. -Shaun and Sam Fisher
- Samantha Fisher

We miss Sam terribly and are so saddened that we will never be able to see him or talk to him again. We always enjoyed our family get togethers where his sense of humor would have us all laughing so hard. His generosity was unparalleled. For many years his offer to share a beach house at Ocean Isle Beach, NC was open to all of the family. We will always remember the wonderful memories of our family gatherings. We love you Sam. Our sympathies to Kathy, Angie, Tina, and Jayden and the rest of us who have to go on without him. Jo and Bill Campbell
- Jo Campbell

So saddened to hear about Sam. We remember fondly our high school days and early days in Mansfield. Our thoughts and prayers are with you. Love, Mary Lou and Nick
- Mary Lou Kozimor

We are saddened by the loss of our beloved cousin Sam. Our deepest condolences. With Love ♥ and remembrance Gabriella & Vincenzo Arcadipane
- ArcadipaneFamily

I'm sorry .... you will remain in our hearts ♥ ️. my deepest condolences and a hug to your family. Love, Santi Palmeri
- Santi Palmeri
Always enjoyed our time spent together. Our thoughts & prayers are with you. Love Jim & Joánne Kuszaj
- Joanne Kuszaj

Kathy ~ Our thoughts and prayers are with you and your family. Love, Ann & Rick White
- Ann White