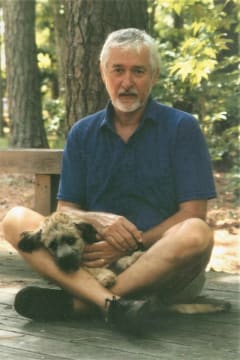 Ronald Adrian Thrower, 77, of Raleigh, NC passed to the next life on March 16, 2021, at Hospice Home after a long battle with Parkinson’s.

Ron was born April 30, 1943 in Belmont, NC, to Clyde Adrian and Florine Lawing Thrower. After high school, he graduated from Clemson University. There he found his passion for SCUBA diving, starting in muddy lakes and rock quarries. As a certified diving instructor, he introduced hundreds of people to the sport and eventually opened his own dive shop “Reef and Ridge”. Ron led dive groups around the world from the graveyard of the Atlantic to Palau.

He was preceded in death by his parents Clyde and Florine; wife, Mary; and grandson, Ethan.

Arrangements will be made at a later date. In lieu of flowers, donations can be made in Ron’s name to Transitions Life Care.

I was so sad to hear of Ron's passing. What a wonderful man. He helped so many fivers and friends. He will never be forgotten.
- Shirley Long

Sad to hear of Ron's passing. I so enjoyed his company in Taiji classes over the years. RIP, Joe
- Joe Tanzini

So very sorry to hear of Ron's death. We had a lot of fun times with him in dive trips. Rest In Peace Ron. Monty and Karen Brown
- Karen Brown