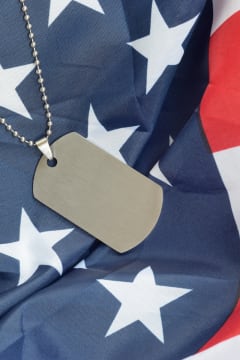 LTC (retired) Robert Warren Carmody, 91, of Raleigh, NC, peacefully died on December 14, 2021, at Sunrise of Raleigh. He and his brother, Richard (deceased), were the two children of Dr. Everett and Louise Carmody and was born in Providence, RI on May 1, 1930.

He was a graduate of the Georgetown University School of Foreign Service and the National War College. He started his military career as a young man serving in the Navy, seeing action in the Battle of Inchon aboard the USS Wisconsin and on shore at the Battle of Chosin Reservoir. Upon returning to the states, he was awarded a commission as a US Army officer through ROTC at Georgetown in 1956. He went on to serve for 21 years in the US Military Assistance Command, Vietnam (MACV) and served in Vietnam operations in 1963 and 1969. During his military career he was awarded a multitude of medals including the Meritorious Service Medal and Bronze Star. In his later life, he was successful in a commercial real estate career in the Washington/Baltimore area.

Robert was married to Marie Blankenship in 1955, and had two sons, Robert Jr. and Joseph Stephen. His two sons live in Raleigh, NC (Robert Jr.) and Spring Hill, FL (Stephen).

He is survived by his two sons; daughters-in-law, Jan (Robert, Jr.), Norma (Stephen); and granddaughter, Taylor Marie (Robert Jr.). He is also survived by his niece, Marilyn (Mare) Borgelt of Fletcher, NC.

Visitation will be on December 30, 2021 from 10:00-11:00 a.m. prior to the Funeral Mass at St Luke the Evangelist Catholic Church, 12333 Bayleaf Church Road, Raleigh, NC 27614. Friends and family are welcome to a gathering with refreshments after the service at the church facility.

The interment will be held at a later date in Arlington National Cemetery with full military honors.