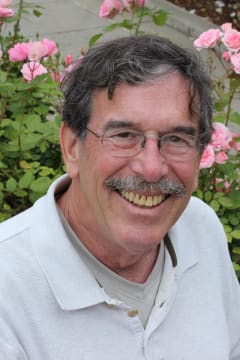 Robert Anhut Johnson, 75 passed away on August 15th, 2021. Recently a resident of Las Vegas, Bob lived in the Detroit area for most of his adult life. He is survived by his children Morgan, Cory and Emily and his grandson, Henry.

In his youth, Bob was a passionate anti-war activist and a member of the Students for a Democratic Society. He organized against the Vietnam War and was thrown out of college for his strident views. He marched against every war of American imperialism since, most recently in 2003 against the Iraq War.

Bob lived a colorful life. Moving from Michigan to Colorado to Oregon to California, then back to Michigan and eventually to Nevada. Wherever he went he chatted with everyone he could, swapping stories and making friends. He was loud. He was opinionated. He was a hard worker and a romantic.

Bob stayed in one place the longest in Grosse Pointe Park where he ran his own process service business while raising his children. After retirement he traveled the world, spending months every year visiting friends and family all over the world. Travel was one of his great passions. He was especially fond of Portugal.

When he wasn’t traveling, Bob devoted himself to feeding the hungry and the homeless. He operated his own charity and made sure hundreds of people every week did not go hungry.

More than anything else, Bob cherished his family. He was loved. He will be missed.

The Renaissance Funeral Home in Raleigh, NC is handling his arrangements. Contact them at 919.866.1866. There will be a memorial service on Thursday 19th of August, 2021.

Instead of flowers, please donate to any of the following charities that align with your ideal vision for the world:
Feeding America
One Tree Planted