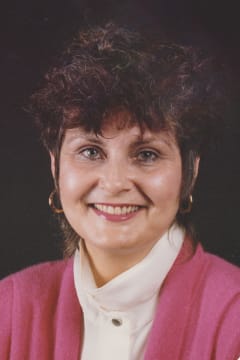 Rixie Marsh Vanderberry, age 79, of Raleigh, NC passed away on September 7, 2022. Rixie was born on January 9, 1943 in Pilot Mountain, NC. Her parents were the late General Woodrow Marsh and Margaret Irene Marsh of Spencer, NC.
Rixie was a 1961 graduate of North Rowan High School in Salisbury, NC. Except for a few years living in Wilmington and Asheville, Rixie has lived chiefly in Raleigh since 1971. She worked for 22 years as a legal secretary for two prominent law firms in Raleigh. She was an active member of Millbrook United Methodist Church with many years on the Worship Committee, a member of the Open Forum Sunday School Class, and enjoyed working with the MUMC Food Pantry.
She was predeceased by a daughter, Patricia Young, and a brother Robert Marsh. Rixie is survived by her husband, Robert Vanderberry of Raleigh, her daughter Cathy Simpkins , a sister Brenda Broughton and her husband Kenneth of Kernersville, a sister Helen Whitley and her husband Walt of Salisbury, step-children Rob Vanderberry, and his wife Claudia of Middlesex, and Shelley Welch of Wake Forest, granddaughters Ashley Young, Cassidy Simpkins, Jennifer Morris, and Christina Welch, grandsons Mason Young, Trey Simpkins, Robb Vanderberry, and William Vanderberry and numerous nieces, nephews, and cousins throughout North Carolina and Tennessee.
A highly organized person, she preferred working behind the scenes to make everything go well at home, in her jobs, and at church. She was deeply devoted to her family and wanted everyone to feel special. Playing favorites was not her style!
A memorial service will be held in Raleigh at Millbrook United Methodist Church at 2PM on Sunday, September 11. A graveside service will be held in Spencer, NC at Trading Ford Baptist Church at 11 AM on Monday September 12th. In lieu of flowers, memorial gifts can be made to Millbrook United Methodist Church or Trading Ford Baptist Church.
Online condolences may be given at www.rfhr.com