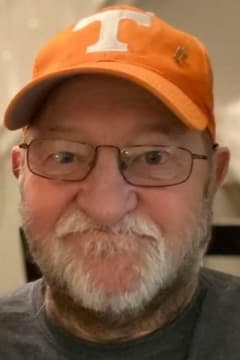 Ricky Curtis, 68, of Raleigh, NC went home to be with the Lord on Tuesday, May 11th.

Ricky went to Walland High School in Walland, TN. He served in the US Navy from May 4th, 1970 to May 21, 1972 aboard the USS Midway and USS Hancock during the Vietnam War.

A memorial and celebration of Ricky’s life will be held at a later date in Maryville, TN.

May God be with your family during this time and forever more. Ricky was an incredible man who left a mark on many, many people during his life and even after his life. I'm beyond grateful to have met him and his family. We love you Ricky! ~Kayla Beth & Grayson~
- Kayla Beth