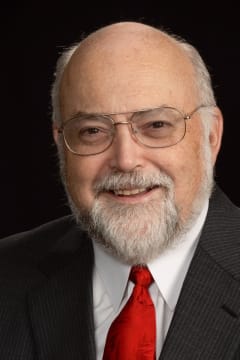 Rick was an avid Dallas Cowboys fan from early on. After moving to NC, he developed a love for basketball, but the Cowboys always held first place with him.

Rick married Bonnie Schroeder on April 25, 1987. Rick and Bonnie enjoyed 34 years of a loving marriage. Their union was blessed with a daughter, Miranda Amberle on August 30, 1989. Miranda was always Rick’s pride and joy.

Rick was preceded in death by his father, Ruben Pierce of Palestine, TX.

Donations can be made to Hope Lutheran Church in memory of Rick Pierce.

I am saddened to hear of Rick's passing. I have not seen Rick in many years but have found memories of when we were roommates and part of the singles group at Prestoncrest Churchof Christ in Dallas in the 80s. He was a terrific guy and a great influence on my life. We had many great times together.
- James Hall
Bonnie, All of Rick's family in TX regretted hearing of his death. Like oth4ers his laugh was so infectious, once heard you never forgot it. Our thoughts and love will be with you and Mirranda, Love, Aunt Pauline
- Pauline Pierce Via

My uncle Rick was such a great guy. He always seemed to be super positive and happy. I always enjoyed getting to see him at the family get togethers. I know for a fact he loved his wife and daughter in a way that we should all strive to love our family. I can't wait til I can see him again. Love you uncle Rick.
- Justin Tyler Pierce
Dear Bonnie & Miranda, I was sorry to learn about Rick's passing. Keeping you and the family in my prayers. Pat Brown
- Pat Brown
Rick lives on in our hearts! He was a man of integrity, intellect and many talents. What fun he was, especially his delightful laugh! We will sorely miss him and look forward to joining him in his heavenly home. Tom and Ann Thompson
- Tom and Ann Thompson

Rick was a great man so fun to be around he had many jokes to tell , he had a fun loving personality, he so loved his wife and daughter...you would never know what he was going say his jokes last forever. I had the upmost respect for him during the time we spent. I had the privilege to care for him earlier on and to spend time with him and his family. I am forever grateful that I was able to get to know Rick. My love and compassion and heart warming condolences will forever live in my heart for them. Arnice Alston
- Arnice Alston