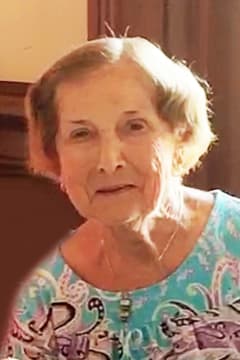 Mrs. Phyllis Magnano Morse, 97, of Raleigh, NC, passed away on January 16, 2023. She was the daughter of the late Salvatore and Lucy Magnano. Phyllis was born September 3, 1925 in Middletown, CT. She graduated High School in Portland, CT and attended Anderson Junior College in SC.

Phyllis married George Morse on May 21, 1949 and they would have celebrated their 74th wedding anniversary this year. Phyllis loved to travel to different countries to learn about their culture and to enjoy the various scenic views.

Phyllis and George also loved to square dance in their earlier years and would travel to various cities on the east coast to enjoy weekends with their fellow dancers. Phyllis spent numerous years in Raleigh as a docent at the North Carolina Museum of History and enjoyed leading tour groups. She was also a member of St. Raphael’s women’s guild where the ladies would meet for lunch and make various handmade projects.

Phyllis was preceded in death by her parents and her brothers Paul Magnano of Portland, CT and Joseph Magnano of Norwalk, CT.

In lieu of flowers, donations can be made to Transitions LifeCare in memory of Phyllis Magnano Morse.