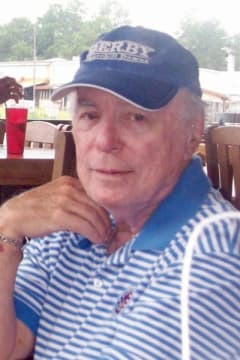 Michael (Mickey) Francis McCarthy, 83, of Raleigh, NC, died at home on November 13, 2020 surrounded by his family. He was born in Atlanta, Georgia, on April 4, 1937, son of the late Michael and Alice McCarthy. After graduation from Marist School, he attended Emory University and the University of Georgia where he earned his Bachelor of Arts degree in Journalism. Mickey pursued his passion for writing and sports, beginning his career at the Montgomery Advertiser and The Augusta Chronicle. After then working at both the Atlanta Journal-Constitution and the Orlando Sentinel, he moved to Raleigh to work for the News & Observer, retiring as the sports editor and columnist in 1996. During his career, he had the opportunity to cover a broad range of sporting events, including the Masters and the Final Four.

Mickey was a devoted husband to his wife Elouise of 52 years, and was especially grateful for her love and caregiving in recent years. Mickey, or Dad and Pop as his children and grandchildren called him, was a proud father and grandfather and cherished the time spent with them. They too felt this same affection for him, and treasured the special moments they shared. He was an avid reader, a dedicated follower of SEC football, especially the Georgia Bulldogs, and enjoyed family vacations along the Gulf Coast and Bald Head Island. Mickey cared deeply about those in need, supporting many charities and organizations.

Mickey was preceded in death by his parents and son-in-law John Terence Cunningham. He is survived by his spouse, Elouise and his two daughters, Kelly McCarthy Cunningham of Charlotte, NC, and Julie McCarthy Sullivan (Kenneth) of Wake Forest, NC; grandchildren, Anna Grace Sullivan and Emily Kathryn Sullivan of Wake Forest, NC, Katherine (Katie) Ann Cunningham of Charlotte, NC, sister Cheryl McCarthy Walder (Jules) of Marina Del Ray, CA and a large extended family. A private service will be held at 3:30 p.m. on Tuesday, November 17, 2020 at St. Raphael The Archangel Catholic Church. In lieu of flowers, donations can be made in memory of Mickey to St. Jude Children’s Research Hospital.