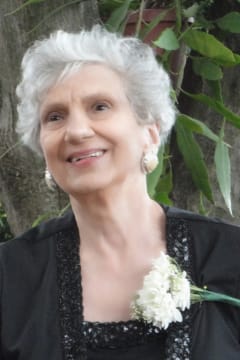 Marie was born on August 28, 1932, in Philadelphia, PA. Her parents, Anastasia and Michael immigrated to the USA, from Eastern Europe, in the early 1900’s. Marie was the youngest of six children, Anna, Olga, Walter, Raymond and Joseph.

Marie was given several challenges as a teenager, beyond most. With the help and love of her sister Olga Bily, Marie always found a way.

While married, Marie gave birth to her son, Gregory Alan Pisch. After her marriage, Marie raised Greg all by herself, as a dedicated single mother. Despite limited material resources, she always found a way. Marie made tremendous sacrifices to give her son a chance at happiness.

Marie moved from Philadelphia to Raleigh, NC in 1993. Marie passed away at 2:05 a.m. EST, December 16th, after being admitted to Rex Hospital for an 8-day stay due to a series of strokes. She was 89-years old.

Marie’s last words were to her son, saying
“I will be with you.”