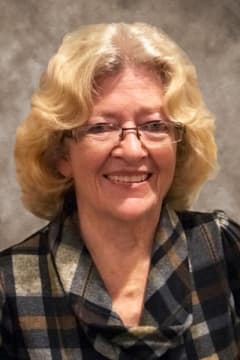 Mrs. Margaret “Timi” Timberlake Doyle, 75, of Raleigh, NC passed away and was reunited with her lifelong dance partner on January 7, 2021. Margaret was born in October of 1945 in Raleigh, NC. She was the daughter of Margaret Durfey Timberlake and the late Claude Vernon Timberlake and was the oldest of their five girls. She was a graduate of Mount Vernon High School and Peace College.

Timi was married to David Daniel “Dann” Doyle in March of 1968 and was blessed with three daughters, Margaret, Mary and Molly as well as two grandchildren, Sydney and Henry. Timi and Dann’s love for each other was an inspiration to all who were lucky enough to witness it. She loved to spend her days in her garden, going for walks and taking care of both her animals and her grandchildren.

She was preceded in death by her husband, Dann Doyle; niece, Barbie Morgan; and nephew, Stewart Arnet.

Her life will forever be cherished in the lives of her children: Margaret Sinnema (Joe) of Bullock, NC; Mary Doyle (William) of Park City, UT; and Molly Swenson (Mike) of Park City, UT; her grandchildren Sydney and Henry, her four sisters Madeline Morgan, Beverly Chenoweth, Barbara Sacknoff and Sally Arnet; her mother Margaret Durfey Timberlake, and a host of devoted family and friends.

A Memorial Service will be held at 11:45 am on January 16th, at Oakwood Cemetery, Raleigh, NC.

In lieu of flowers, donations can be made to The Elephant Sanctuary In Tennessee.

So sorry for your loss. Our thoughts and prayers are with all during this time. Love, Nigel & Mary Rose
- Ashcroft