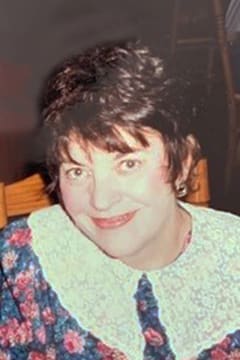 Anne graduated from Goldsboro High School in 1964. After high school, she attended
East Carolina University and Harbarger Business School. In 1970, Anne worked as a
secretary in the U.S. Attorney’s Office in Raleigh. She later moved to New Bern, NC,
where she worked with the newly-appointed Honorable Ken McCotter, U.S. Magistrate
Judge. Anne then moved back to Raleigh after accepting a position as a civil deputy
clerk in the United States District Court. She retired in 1996 and went on to fulfill a
dream of being a realtor/broker, which she enjoyed for a few years.

A woman who loved to travel, Anne visited Egypt, Peru, China, Japan, Europe, as well
as many attractions in the USA. One of her favorite getaways was Botany Bay with her
special friend Davie. Anne also loved to shop, especially for antiques. Antique and
pawn shop owners all throughout Eastern NC knew Anne by name. She loved to give
gifts to her friends, and when you received one, you knew it was thoughtfully chosen.
Anne will be greatly missed by those who loved her, especially her extended family of
friends.

Anne was preceded in death by her parents and by her brother Edward (Bobby), as well
as her niece Susan Speigner.

She is survived by her niece Nancy Dybczak (Mark) and nephew Robert Caviness. She
also has 3 great nieces and 3 great great nieces.

A memorial service will be held at a later date in Goldsboro, NC.