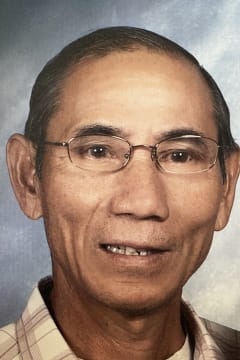 Lun, a man of God, had a positive impact on many lives through the word of the gospel, from villages to villages in Vietnam. Not only did he minister to hundreds of people in Vietnam, his journey to lead people to Christ continued when he came to the United States.

In 1999 Lun brought his wife, H’Tach Kpa; his four sons, Wan, Nan, Xan, and Alfa Kpa; and his daughter, H’nhoanh Kpa to the United States to provide them a better opportunity. The family lived in Cary, North Carolina for the first couple of years until they settled and found a home in Raleigh, North Carolina. Every day after coming home from work, Lun enjoyed spending most of his afternoon reading the Bible and working in the garden with his wife as well as his son, Wan and his son’s wife. They grew a variety of vegetables, spices, and crops. Lun loved working in the garden so much that sometime on the weekends he would spend all day outside.

In addition to being a hard working man, Lun loved his family. He supported them with every decision and helped guide his kids to live a better life. He treated all of his grandchildren with so much love and kindness, he was an incredibly humble father and grandfather.

The family is especially grateful to Dr. Mark L. Graham and his entire staff at Waverly Hematology and Oncology in Cary, North Carolina who helped give Lun an extra year of his life to be with family and friends.

Thinking of the family.
- Jennifer Pearce