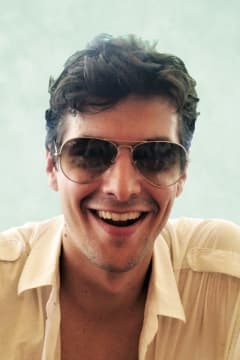 Kavon Ravanbakht passed away on July 27, 2021. He is survived and loved by his mother, Marjorie; his sister, Sophie; his brother, Jason and sister-in-law, Jin; nephew, Cameron; and nieces, Cara and Ella as well as many other family members and friends.

The son of an Iranian father and English mother, Kavon was born and raised in Raleigh, NC where he brought smiles to everyone who met him. He was a man of many talents and accomplishments. As a kindergartener, he eagerly began swimming and bicycle riding without fear. He was very competitive swimming with the local swim team. During his teenage years, he was an amazing soccer athlete playing semi-professionally and carrying his love for the sport into adulthood. Soccer was his favorite sport, he loved to play from the age of seven, where he enjoyed the camaraderie of the game. He was a lifelong supporter of his favorite team, Sunderland, in England.

He took pleasure in many activities which allowed him to socialize with friends, playing golf, tennis, kick boxing, and weightlifting. He was not timid in life, he always jumped in at the deep end and swam very hard!!! From running with the bulls in Pamplona, Spain to doing very high dives into the ocean from the cliffs in Italy.
His elder brother was a great mentor to him which led to many adventures together. When his little sister came along, he was proud of teaching her to walk and reminded her frequently "because of him, she was able to walk".

In 2009, Kavon graduated from NC State University where he earned his Bachelor of Science degree in Biological Sciences and was a member of the Honor Societies of Phi Kappa Phi and Gamma Delta Phi. Having a continued passion for learning, Kavon earned his Master of Global Innovation Management Degree in December 2011 from NC State University. He continued pursuing his education at the University of Marseille, France and graduated with a Master’s degree in Economics and General Management in 2012.

Socializing with people from any part of the world came naturally to Kavon with his vibrant personality. He had a gift for hospitality. Kavon welcomed his friends from France back into his home in Raleigh when they did not have a place to stay. Kavon had an overwhelmingly kind, loving and sensitive soul.

Upon his return from France, he secured employment at a marketing corporation working as a sales manager. This enabled him to travel extensively throughout the United States. His management team and colleagues recognized his excellent achievements in this position.

Kavon enjoyed his trips to England and France where he appreciated his time spent with family and friends. Memories of family, friends, parties, and good food will ring in our hearts when we think of Kavon. We will cherish our special memories of family dinners together, especially celebrating birthdays at the Chinese restaurant, Christmases with all the trimmings at home, and Thanksgivings at his brother's house in Charlotte with his nephew and nieces.

He had most recently embarked on a new chapter in his life. Kavon had an empathetic heart and found happiness in giving his time to help others. His compassion led him to pursuing the prestigious Nursing degree at the University of North Carolina at Chapel Hill. He was in the process of completing this degree.

Kavon lived his life with gusto and happiness. He was like an incandescent candle blowing in the winds of life. He will always be remembered as a charming, educated, caring man who brightened any room with his presence.

THE WORLD WILL BE A LITTLE DARKER PLACE WITHOUT KAVON IN IT. 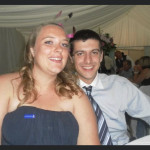 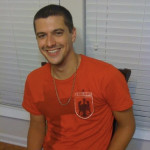 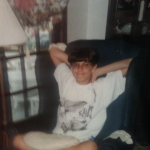 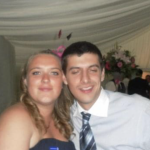 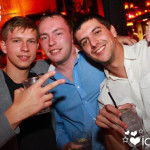 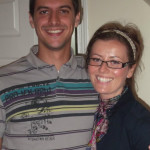