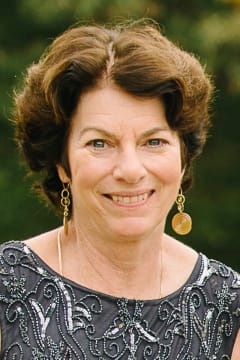 “The twinkle in my Kathleen’s eyes has returned to the stars.”
Cherished wife, mother, grandparent, and friend Kathleen Mary Miesionczek (née Maguire), 69, of Brightwood, VA, passed away at the SECU Jim & Betsy Bryan Hospice Home of UNC Health in Pittsboro, NC, on September 28, 2021. The daughter of William and Jean Maguire, Kathleen was born and raised in North Tarrytown, NY, before embarking on a life’s journey that would take her to many locales and on many adventures.

Kathleen enjoyed helping others and spreading joy. She earned her associate’s degree in radiology from Westchester Community College and worked as an X-ray technician at Yonkers General Hospital. She continued working and volunteering in the healthcare field throughout her career, most recently as a health unit coordinator for the UVA Health System in Charlottesville, VA. In 2008, she was Volunteer of the Year at Saint John’s Hospital in Santa Monica, CA.

Always energetic and full of ideas, Kathleen was an advocate for the causes in which she believed. She assisted in the founding of Depression After Delivery (D.A.D.), the first postpartum depression support group in the country. With this group, she appeared on AM Philadelphia and the Oprah Winfrey Show, among others.

Kathleen believed in the curative power of laughter. She took courses in stand-up comedy and appeared at Caroline’s Comedy Club in Manhattan under the stage name “Katie O’Keefe.” She was also a Certified Laughter Yoga Instructor for the Laughter Yoga Club on Venice Beach, CA.

In 1974, she married her soul mate, Robert, in St. Teresa of Avila Church in North Tarrytown, NY. Together they raised two children and served as doting grandparents. Known to her three grandchildren as “Granny K,” Kathleen was a model of empathy, kindness, curiosity, and resilience as she read “just one more book” fifty times or played cars and trains for hours.

Kathleen is survived by her companion of 48 years, Robert (“my Bob”); her son, Matthew, and daughter-in-law, Amanda; her daughter, Julie, and son-in-law, Michael; her grandchildren, Amelia, Louis, and Christopher; and her brother, Sean Maguire. Kathleen was preceded in death by her parents and infant son, Michael, who passed away from complications of premature birth in 1989.

A celebration of Kathleen’s life is being planned for spring of 2022. In lieu of flowers, donations may be made to the Brain Support Network or the Mayo Clinic, as Kathleen suffered from a neurodegenerative illness in recent years. Kathleen asked to send her love to all. And, from Bob, thank you to all who cared for her as we walked this earth together.