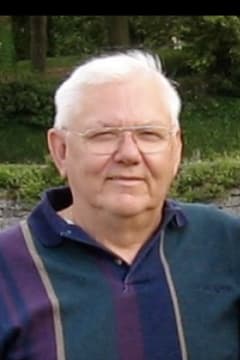 Mr. Joseph J. Foley, 77, of Raleigh, NC peacefully and suddenly passed away on September 15, 2020. He was the son of the late Joseph A. Foley and the late Elizabeth K. (Reynolds) Foley. He was preceded in death by two brothers, James R. Foley and John M. Foley.

Joe was born November 14, 1943 in Oceanside, LI, NY. He graduated SUNY at Delhi, NY with an Associate Degree in Accounting.

He is survived by his loving wife of 57 years, Mary Ann (Everett) Foley. They were married on October 19, 1963. They were blessed with four children; Catherine Ann Foley, Patricia M. Hamilton (John P), Stephen M. Foley,
and Dianne E. Antunes (Carlos). His life will forever be cherished in the lives of his grandchildren; Connor Lee Hamilton, Evan Alexander Hamilton, Julia Catherine Antunes and Alec Ilidio Antunes.

Joe was a Project Accountant for Turner Construction Co. for 35 years. He retired to Raleigh, NC in 1991and worked at Harris Teeter and Winn Dixie for several years. Along with traveling and enjoying his children and grandchildren, Joe was an avid golfer. He belonged to the Holy Hacker Golf Group at St. Raphael Catholic Church. He was an active member of St. Raphael’s Knights of Columbus.

An inurnment service occurred on Saturday, September 19, 2020 at St. Raphael Catholic Church. A memorial Mass will be scheduled at a later date.

In lieu of flowers, donations can be made to St. Raphael’s Catholic Church, Raleigh, NC or St. Jude Children’s Research Hospital

Please share a condolence, photo or memory of Joseph. We welcome all condolences that are positive and uplifting that will help family and friends heal.