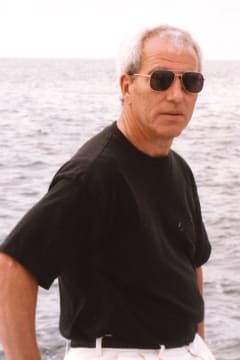 John Francis McCarthy, 77, of Raleigh, NC died peacefully at home on Wednesday, December 28, 2022. He was born in Washington DC, on September 11, 1945, son of the late Frank and Helene McCarthy.

John went to school at St. John’s Military Academy in Washington DC and after graduating attended Montgomery College and served in the United States Marine Corp. reserves. He worked his entire 35 year career at Marriott headquartered in Bethesda, MD before retiring in 2006.

John married Joyce Townsend on January 9, 1970. They would have celebrated their 53 wedding anniversary this year. John and Joyce had a very loving and respectful marriage. They enjoyed traveling and spending time with family and friends. Some of their most cherished memories are from friendships made while living on Rolling Green Way.

John was preceded in death by his parents and sister Margaret

His life will forever be cherished in the lives of his spouse, Joyce, daughter Erin Gill; granddaughters Katelyn and Caroline Gill, son in law Mike Gill, and devoted family and friends.

In lieu of flowers, donations can be made in memory of John to The Luv u Project The family is especially grateful for their friends and family that have reached out to offer their condolences and support.