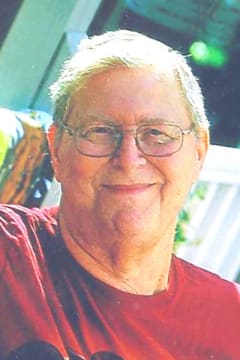 John Charles Schmitt, 77, of Raleigh, NC passed away peacefully on September 20, 2020 while surrounded by his family and in the thoughts and prayers of his friends and loved ones. John was born December 30, 1942 in Flushing, NY, the youngest son of his late Parents Herman and Rose Schmitt.

John married Patricia Schmitt on September 17, 1966. At the time of John’s passing, they had been by each other’s side, virtually unseparated for over 54 years. John and Pat enjoyed travelling, family and most of all, their time together. John had recently discovered a love of cruising with Pat and always looked forward to their next adventure. John was an avid fan of classic cars and racing which complimented his lifelong career in auto mechanics. John shared his passion for automobiles and mechanics with his oldest son John.

John was most proud of his family and the life he and Pat had created, and provided for his family.

John was preceded in death by his parents, his sisters Audrey and Janet, his Brother Herman, and his youngest Sister Lynn.

The lives touched and bettered by John through the years are virtually countless, and all are better for the short time that he shared with us. John worked throughout his life as an auto mechanic, troubleshooter, and Facilities Maintenance Crew Chief for Pontiac and American Airlines. A born and raised New Yorker, John and his family moved to Raleigh, NC in September 1987. John was an extraordinary mechanic, loving husband, father, uncle and friend. John’s sense of humor, easy wit, and generosity are an irreplaceable loss to all who had the chance to meet and know him.

The family will receive guests and share memories between 3 and 5 pm, October 2nd, 2020 at Renaissance Funeral Home, 7615 Six Forks Rd, Raleigh NC, 27615. Family and friends are welcome.
In lieu of flowers, donations can be made in memory of John to the American Diabetes Association

Loved working with John for many of years at JFK and RDU with American Airlines RIP Buddy will miss you at our Carolina Ale House AA Luncheons for sure
- Robert Kicinski
I'm so sorry for your loss. I hope the good memories of John will comfort you in the days ahead. Your son Kevin has been my best friend for many years. John raised a fine man.
- Stacy Silvia