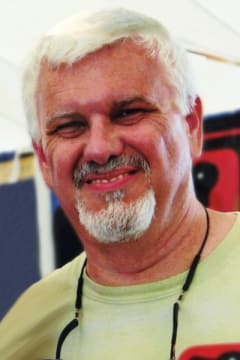 Jeffrey Mark Hickey, 69, of Raleigh, NC, died on February 11, 2021 after a long battle with metastatic prostate cancer. He was born in Queens, New York on May 26, 1951, son of the late Charles Clifford Hickey and Virginia (Martin) Hickey.

Jeff grew up in neighboring Long Island, and went to school in Massapequa Park. He played stand-up bass in his high school band and was president of the Chemistry Club. He received a BS in computer science from the New York Institute of Technology.

Jeff was employed as a software engineer at several computer firms around Long Island. In 1982 he founded his own firm, Advanced Software Technology Inc., in Patchogue, New York, which provided consulting services to major aerospace and electronics companies. He remained a hands-on engineer while he was a manager, and worked on projects including electronic countermeasures for the U.S. Navy’s B-1 Bomber. He held multiple patents in his name and was an adjunct professor at Hofstra University, where he taught courses in software design.

Jeff met the love of his life, Kathleen McGuinness, and they married in 1979. They had three beautiful daughters, Jocelyn, Kara and Mallory.

Jeff and Kathleen enjoyed traveling, and visited locations including Ireland, Hawaii and much of the continental United States. Jeff’s work also took him around the world, including Korea, France, Turkey, Italy and Switzerland. An avid NASCAR fan, Jeff also traveled to many races, where he enjoyed rooting for Mark Martin.

Jeff loved fishing, boating, performing music and attending concerts of performers he and Kathleen admired. He was an avid homebrewer, and a member of the Blue Point beer club. One of his award-winning beers, the Karl Martin doppelbock, was produced and sold commercially at a Long Island brewpub. In 2014, Jeff and Kathleen relocated from Long Island to Raleigh to be closer to their grandchildren.

Jeff is survived by his spouse, Kathleen McGuinness; his three daughters, Jocelyn McGuinness-Hickey (Eric Wild) of Raleigh, NC, Kara McGuinness-Hickey (David Ewalt) of Brooklyn, NY, and Mallory McGuinness-Hickey of Raleigh, NC; grandchildren Casey and Maddie Wild and Piper the puppy; his retired racing greyhound, Maria; and his sister Patricia Ruh and her dog, Whiskey. His loving family also includes many sisters and brothers-in-law, nieces, nephews and cousins. He was a beloved and cherished uncle. Jeff was predeceased by his parents.

Jeff was generous, kind, patient, accepting of everyone, friendly, hardworking, funny, brilliant and passionate. He will be missed deeply by all who knew and loved him.

Funeral Services will be held at a later date.