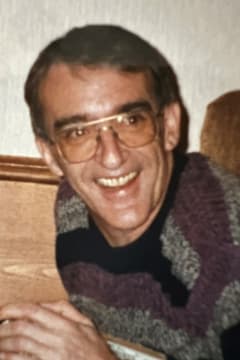 James S. Wolcott passed away peacefully the morning of Tuesday, April 5, 2022, after a long illness. Jim was born in Oneonta, NY, on January 11, 1947, to Howard and Cecile Wolcott. He graduated from Oneonta HS in 1965, served in the United States Air Force from 1966 to 1970, and graduated Orange County Community College, and earned his electrical engineering degree.

He married Connie Meeker in January of 1970, and then moved to Beacon NY, where he was employed by Texaco Corporation (thank you Robert Meeker.)

He then began a long career with IBM in their microchip lab, and in 1989 transferred to Raleigh, NC with his family.

Jim was a volunteer with both Beacon Engine and LaGrange Fire departments, where many of his long-lasting friendships were formed. He was quick-witted, humorous, and would never miss an opportunity to tell a joke (a gift passed along from his mother.) He had a big heart and enjoyed being around friends and family for any occasion. Some of the best memories were with neighbors in Beacon, LaGrange, and Raleigh and spending time at the local Elks Lodge. He was an avid fan of the New York Football Giants and the New York Yankees. He had a passion for music and enjoyed playing the drums, and even saw Jimi Hendrix in concert at his local community college.

He and Connie were blessed with two children that he is survived by: his daughter, Dina (Bill) of Fuquay-Varina, NC and son, Mark of Denver, CO. He was a loving “Pop” to his two grandsons, Daniel & Matthew Eagen also of Fuquay-Varina, and cheered them on at many of their sporting events. Jim is survived by his brother Jack (Mary) of St. Augustine, FL and was preceded in death by his sister, Sherri Levine (Harrison) of Daytona, FL. Jim was also a caring uncle to several nieces and nephews and cherished all the good times with his many in-laws.

Donations may be made to The Association for Frontotemporal Degeneration and sent to: AFTD, 2700 Horizon Drive, Suite 120, King of Prussia, PA. 19406.

A Celebration of Life is being planned by the family for this summer in Beacon, NY.