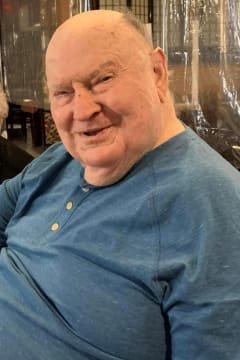 Herbert Delano Simmons, Sr., 87, of Raleigh, NC, died on December 29th at his residence. He was born in Mt. Solon, Virginia on Dec 3, 1934, to the late, Berlin Simmons and Elsie Florence Eckard. He was preceded in death by an infant sister. He lived most of his life in Augusta County, Virginia. On Sept 4, 1957, he married his wife of 67 years, Glenda Matheny Simmons, in Stuarts Draft, Virginia.

He was a Veteran of the US Army stationed in Albuquerque, New Mexico for several years. He and Glenda then returned to Staunton, Virginia after the Army. In the early 1970’s, he and his family moved to Waynesboro, Virginia to be closer to his work. In the mid 1980’s, he and Glenda made the move to Stuarts Draft, Virginia, where they thought would be their last home, but God had other plans for them. He and Glenda moved close to 2 years ago to Raleigh, NC, to be closer to their daughter, son-in-law, grandchildren, and great grandchildren. This brought much joy to everyone. His whole family was now living in one city, Raleigh, North Carolina. It was a transition for him and Glenda, but a choice by which everyone was very grateful.

Over the years he took many career plans. He worked in the grocery store industry. He worked for Dupont, but his favorite career was his last, working as an EMT. He spent many years volunteering for the Waynesboro First Aid crew and was a lifetime member of Stuart Draft Rescue Squad.

He was a Christian man, who over the years was involved in church serving in Men’s ministry and singing in the choir. He was also a deacon and Sunday School teacher. Over the past years, he still made watching a Sunday morning service on television a priority.

He enjoyed traveling. He and Glenda were fans of cruises and bus trips. He loved his Sunday football and was a big fan of the Washington Redskins. His greatest love was his family and his little dog, Sissy.

His wish was to be cremated. Renaissance Funeral Home and Crematory in Raleigh, North Carolina is handling those arrangements. There will not be any service and ashes will be spread at a private family gathering at a future date.

If friends would like to honor his memory, donations to a hospice, local animal shelter or local volunteer first aid crew, would be causes close to his heart and would bring him joy.