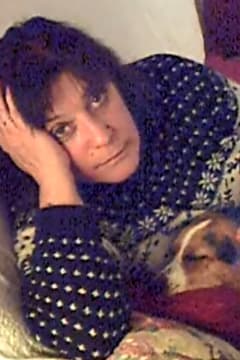 Helen Kendrick was born in Heswall, Cheshire, England, and grew up in several villages on the Wirral peninsula between the Dee and Mersey rivers, including Thurstaston, Burton, and Willaston. In 1972, the family moved to the Dairy Farm in Ledsham, South Wirral, Cheshire. After primary school in several villages, she earned O levels from Wirral County Grammar School for Girls. She worked as an accountant trainee in Chester before achieving A levels in Maths, English History, and Art from Carlett Park College of Technology. She then entered the University of North Wales, and earned a Bachelor in Accountancy degree with honours. With influence from her Mum, she decided that teaching was her true calling, rather than accounting, and after a course of study at the University of Liverpool, Helen received her Post-Graduate Certificate in Education. She then taught at St. Nicholas Primary School in Lutton, Lincolnshire from 1980 to 1984 where she was one of three teachers and coached boys football, girls netball, and swimming. After her wedding to Jim on August 11, 1984 in the family church, St. Bartholomew’s in Thurstaston, she made the move to the U.S., and settled into a new life together with Jim in Lantana, Florida, a small town on the intracoastal waterway within walking distance of the beach. Helen began teaching again, this time at a private school in West Palm Beach before moving again, back across the Atlantic, this time living for a year in Ghent, Belgium where Jim had a work assignment. During that year she and Jim enjoyed touring Europe in a 1978 Honda Civic that she called the “Yellow Banana”. She especially enjoyed the Rhone, Rhine, and Mosel valleys with their vineyards and wine tastings. After returning to the states in 1986, Helen and Jim lived in Delray Beach, Florida for 8 years. It was during this time that their family grew as they welcomed two sons, Scott and Sam into the world. In 1994, they made the move to Raleigh, North Carolina. Scott and Sam entered school at Lead Mine, and Greystone Preschool, respectively. It was soon after Sam started at the preschool that Helen got involved with teaching again. She taught at Greystone Baptist Church Preschool for 24 years, loving every minute of her time with her children,touching so many of the lives of the children and parents in her class. She was especially passionate about hands-on learning, guiding the children to become independent, and helping them build their foundations for future success in reading, writing and math. Helen also worked at Stein Mart and later Debby’s Hallmark in the Stonehenge shopping center and was well-known and loved by her colleagues and customers. She leaves many good friends at her church, Pleasant Grove United Methodist, and friends that know her from her days as a parent at Lead Mine Elementary, as a band parent at Carroll Middle School and Sanderson High School, and through the Scouts at Pack and Troop 350.

Her pride and joy were always her sons Scott and Sam. She was fortunate to be able to see them grow up, graduate from Sanderson High School and Appalachian State University and watch them both become teachers. She also loved Natalie, Scott's wife and Aly, Sam's soon-to-be wife and thought of them fondly as her daughters. She leaves her Dad, Alan Kendrick, in Helsby, Cheshire, England behind. Her beloved Mum, Renee Owen Kendrick passed away in 2014. She is also survived by brothers Barry (and sister-in-law Ruth) of Southampton, England; Mike (and sister-in-law Julie) of Ruthin, North Wales, sister-in-law Nancy Fairbanks (and brother-in-law Rod) of Melbourne, Florida, brother-in-law Richard McFarlane of Winston-Salem, North Carolina. Also, nieces Emily Kendrick Heeley of London, Jodie Riley (and great-nephew Duane) of Liverpool, Polly Kendrick and Lucy Kendrick of London, Daisy Kendrick at the University of Warwick, Jemima Kendrick of Ruthin, and Tiffany Fairbanks of Melbourne, Florida. Her nephews are James Kendrick (and great-niece Ruby) and Owen Kendrick (and great-nephew Albie) of Southampton and great-nephew Deacon Peters of Melbourne, Florida. Her godsons are Tom Rowlands and Josh Cowell, both in England. Helen also leaves behind her much loved “Puppy Girl” — “Cocoa”. Helen also felt very close to her Mum’s sister, Ann Cross (Auntie Nancy) of Neston, England, and like a sister to her cousins, Judy Rowlands of Neston, Jeni Pugh of Perth, Australia, Suzanne McCarthy of Great Sutton, England, and Jayne Cross of Childer Thornton, England.

She loved and appreciated art in Amsterdam, where she spent a summer working as a chambermaid and going to the museums in her time off, with her cousin Jeni. She was thrilled to see the Van Gogh Experience in Charlotte this past summer. Her culinary skills ranged from traditional British (cottage pie, trifle, and mince pies) to American (pimento cheese and Kahlua cake, 'Ain't No Grits'). She loved photography and made greeting cards with photo prints of flowers and lighthouses. She was the unofficial photographer and videographer for many weddings and parties.

Helen loved Ted Lasso, James Bond, Harry Potter, Beatrix Potter, Pete the Cat, Winnie the Pooh, Charlie Brown and Hamilton. In one of her journals, she wrote a quote that Christopher Robin said to Winnie the Pooh: “You’re braver than you believe, stronger than you seem, and smarter than you think.”

Helen was also a football fan, both American and English. She cheered for the Appalachian State Mountaineers and the Marching Mountaineers and loved trips to Boone and the mountains. Her football team in England was Liverpool F.C.; she became an ardent supporter (and “Kopite”) while at University. She always called her son Sam when Liverpool scored. She also loved going to baseball games, especially the Durham Bulls.

Music was a big part of Helen’s life. Bands and artists she enjoyed were the Beatles (whom she saw while on a family holiday in Wales in 1963), the many artists who came to Liverpool in the 1970s (Motown artists like the Temptations, Stevie Wonder, and the Jackson 5), Nick Lowe and Elvis Costello (he kissed her hand backstage!). And concerts with Van Morrison, The Who, Bruce Springsteen (thanks to Barry and Ruth), Squeeze, the Zorkie Twins, Dansette Alligators (shout out to Mighty Kecker!), Shambollix (with Father Ted), and the Pinkerton Raid (roadie to Jesse and Scott!) to name a few. She enjoyed theatre, notably the performances at the Phoenix Theatre in Florida with direction and performances by Rod and Nancy Fairbanks, and performances at the DPAC (thanks Ellen and Pat!).

Helen overcame many obstacles but never complained about what she endured. This is especially remarkable, as her initial cancer diagnosis was in 1985. Her smile and attitude were infectious and irresistible. She will always be remembered and missed. Helen - 'You’ll Never Walk Alone'.

Special thanks go out to the Bagel Moms and Kids. They have been supporting, caring and enduring friends and Helen loved them all dearly. She especially treasured her friendships with Ms. Pat and Ms. Brenda and had to meet on Friday mornings for bagels. The neighborhood friends have also been kind and supportive, she will be missed by her friends at “Helen’s Court” (thanks, Susan!). She also has special friends in the “Rogue” small group that have been living life together for many years. Also in addition to family, special friends who have remained especially close over the years and have always shared good times with Helen and family on both sides of the pond - Evelyn Cowell whom she met during her days in Bangor, and Jo Carson and Alan Macgregor from her teaching course days at Liverpool.

Dr. Andrew Berchuck at Duke, Dr. John Soper at UNC, and Dr. Bryan Clary, formerly at Duke, as well as Sarah Cohlmeyer, N.P., at the Duke Cancer Center and special nurse Caitlin Hull, were all wonderful in Helen’s care over the years. In her honour, please consider a donation to the Gail Parkins Memorial Ovarian Cancer Walk & 5k Run,where there is a donate button on the home page. Helen walked in this event nearly every year including the first walk in 2002 and was present at the event this past September 18, 2021. 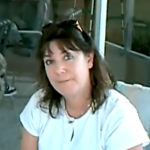 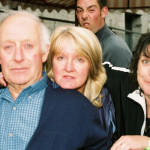 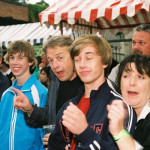 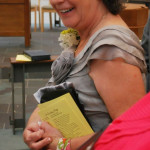 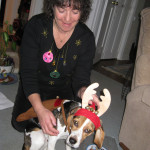 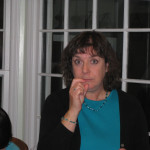 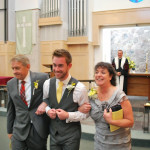 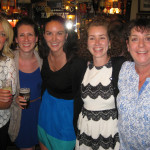 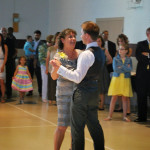 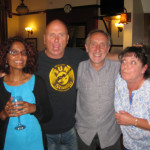 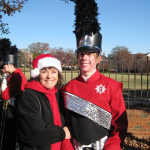 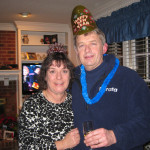 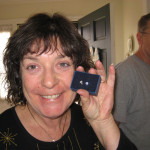 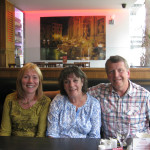 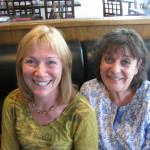 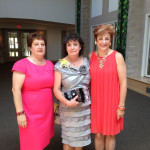