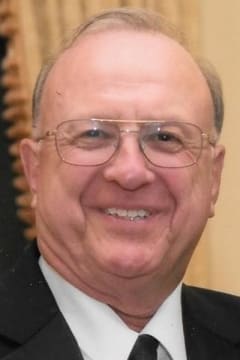 He was the only child of Harvey William White and Margaret Ashcraft White of Charlotte NC. Known as “Happy,” he graduated from Charlotte Central High School (’59) and Wake Forest University (ROTC) (’63). While in the Army (1966 – 68), he served as a Captain in Military Intelligence in Vietnam earning a Bronze Star. While living in Charlotte, he worked for The Travelers Insurance and NCNB. In Macon GA, he was a trust officer with C & S Bank. Later he moved his family to Cary NC where he held the same position with Wachovia Bank.

In October 1994, he married the late Carol Lineberry. Harvey is also survived by her four children Chris, Cate, David and Jeff Lineberry.

Harvey never met a stranger and always had a story to share.
The funeral service will be held Thursday, January 7, 2021 at 11:30 at the columbarium of Saint Raphael’s Church in Raleigh NC.

Family request in lieu of flowers memorial donations can be made to Wake Forest University Annual fund:

Rest In Peace, my old friend. May God bless and comfort your family
- Wayne Culp
Peter J. Thevaos wrote a sympathy message "To Trip, Alex and their families, my sincerest sympathies for the loss of Harvey. We go back a long, long way. May Hap's Memory Be Eternal and a Long, Healthy, Prosperous Life To Those He Leaves Behind. Peter, Dean, Chris and Families!"
- Peter J. Thevaos