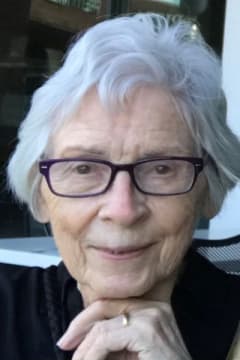 Friederike Hess Machilek, 87, of Raleigh, NC passed away at home surrounded by family on January 16, 2021 after a brave battle with cancer. She was born in Vienna, Austria on December 25, 1933.

Known as Friedl or Rikki to coworkers and friends, she was a kindergarten teacher in Vienna before moving to Canada, then settling in the U.S., where she and her husband raised four productive children. After being a busy stay at home mom to her four very active children, she rejoined the workforce. Friedl worked in retail and for the City of Raleigh. She then had a successful career with Sheraton Hotels holding managerial roles at the former Raleigh call center including account management for Sheraton Nile Cruises, and initiatives in Tokyo and the eastern U.S. She was an accomplished professional and made many lifelong friends along the way. Friedl enjoyed knitting, crochet and sewing. She was an avid gardener, a pastime, she, and her husband enjoyed together. Friedl was an active volunteer with the N.C. Extension Master Gardener program as well as with the N.C. State Arboretum. Friedl enjoyed time with her many friends and neighbors, participating in book club and numerous social activities. She cooked wonderful dinners for family events, and her home was always open and welcoming.

A mass will be held at St. Luke the Evangelist Catholic Church for immediate family on January 27, 2021. For everyone’s safety, a memorial celebration will be scheduled for a later date.

Sonya, Sabrina and I are thinking about the Machilek family during this difficult time. She was a wonderful person and great mother which is clearly evident in her four children and their families. She will be missed by all of us. John, Sonya, and Sabrina Boone
- John B. Boone
It is with great sadness that I learned of the passing of Mrs. Machilek. I would like to share my deepest sympathies to you Mr. Machilek, Rudi Jr., Monica, Yvonne, Susan and all of your families because the Machilek family form a very warm part of my childhood memories of fun summers at Northbrook Country Club. Every now and again, I jog past your old home on Kimberly Drive and once again think fondly of you all! I didn't realize that Friedl's proper name was Friederike, as that name has become especially precious to me. My wife is a Friederike, also! With love and fond memories, Kevin Jayes Cary, NC
- Kevin Jayes
Sharing time with Friedl and the generations of the Machilek family has added love and laughter to my life. Thankfully, Friedl's schnitzel recipe made its way to my family and I will always think of her smiling face with fond memories when I cook it. Your loving friend Tina
- Tina Swiezy