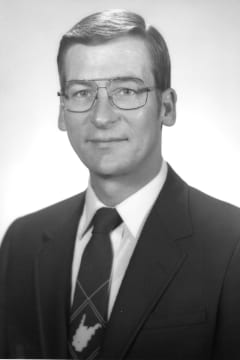 Dr. Fred Holt (age 79), of Raleigh, North Carolina died peacefully in the loving company of his wife and children on October 6, 2021. He was the son of Jean Schandelmeier Holt and Fred Frisch, and was born on May 5, 1942 in Altoona Pennsylvania. Dr. Holt completed his undergraduate degree at the Georgia Institute of Technology and went on to graduate first in his class from the West Virginia University School of Medicine. After medical school he completed his residency in Otolaryngology – Head and Neck Surgery, at the University of Iowa. Upon completing his training, Dr. Holt was commissioned as a Lieutenant Commander in the United States Navy at the Naval Regional Medical Center in Long Beach California.

Following his honorable discharge from the Navy, Dr. Holt established an Otolaryngology practice in Charleston, West Virginia, where he met his wife of 40 years, Sandra. The closeness that Sandra and Fred shared was cultivated by the many adventures they enjoyed over the years. Sandra managed their medical practice, became a reluctant flying partner and sailboat skipper, and raised not only their children but litter after litter of golden retriever puppies.

Dr Holt’s passion for medicine led him to introduce endoscopic sinus surgery to Charleston, West Virginia, after completing a fellowship with Heinz Stammberger, M.D. in Graz, Austria. Dr. Holt’s generosity and commitment to his patients were hallmarks of his medical practice, and he offered free or low-cost care for individuals in need, both within his community and beyond.

A lifelong passion for learning inspired Dr. Holt to earn his Juris Doctor from the West Virginia University School of Law. There he was a member of the Order of the Coif and served as the editor of the West Virginia Law Review. He went on to gain admission to the bar associations of North Carolina, Virginia and West Virginia. Dr. Holt spent the next two decades working as a medical director for Blue Cross and Blue Shield of North Carolina. In addition, Dr. Holt did considerable work with the National Healthcare Anti-Fraud Association, where he was named Medical Director of the Year in 2008. He was passionate about his career and continued to work into the weeks preceding his death.

Dr. Holt had a zest for life and was immensely proud of his children. It gave him great joy to watch them pursue their individual passions and talents. He loved following politics, entertaining friends and family, and watching college football. He was an instrument rated pilot, and skippered a number of family sailing trips in the Caribbean. Dr. Holt was part of a strong community at the North Raleigh Presbyterian Church, where he served as an elder from 2014 to 2017. Dr. Holt also bred 7 generations of golden retrievers. In 2006 he began training dogs in competitive agility and obedience, achieving a Masters of Agility title with his dog, Ellie. Through all of life’s trials, Dr. Holt was a lighthearted man, and never lost his sense of humor.

Dr. Holt is preceded in death by his parents Jean Schandelmeier Holt and Fred Frisch and is survived by his wife of 40 years, Sandra Holt, his three children, Fred Holt Jr. (Diane), Sara Holt Creevey (Mark), and Kathryn Holt Montaperto (Nick), and his three grandchildren, Amy, Grey and Shade. A Witness to the Resurrection service will be held on Saturday, December 4, 2021 at the North Raleigh Presbyterian Church, with a celebration of life to follow. Details will be posted on this website and in the News and Observer on November 14, 2021. In lieu of flowers, donations may be made in his memory to Neuse River Golden Retriever Rescue at https://goldenrescuenc.org/.