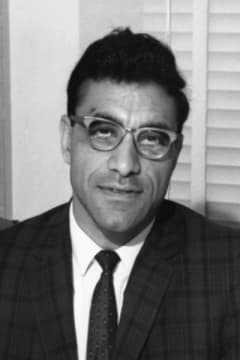 Dr. Michael Amein of Raleigh, NC, passed away peacefully in his home on February 15, 2021. A resident of Raleigh for sixty-one years, he was born on January 15,1926 in Kabul, Afghanistan.

Michael was the son of Payinda and Nabi, a high school principal. As a young man, Michael was part of a small group of students who were awarded academic scholarships by the Afghan royal government. He left Afghanistan in 1948 to study in the United States and graduated from Stanford University with a BS in civil engineering. He then attended Cornell University and completed his PhD in civil engineering in 1956.

While at Cornell, he met fellow graduate student, Marjatta Koskenkylä, from Helsinki, Finland. Marjatta mentioned she collected stamps and would like to have a stamp from Afghanistan. They made a date for coffee which eventually led to marriage in 1955.

After graduating, Michael worked for engineering consulting firms in Boston and New York City. His young bride, however, felt he was better suited for an academic career. It was fortuitous when he was invited to lunch by several NC State University professors while attending an engineering conference. Michael was offered a faculty position in the NCSU Department of Civil Engineering shortly afterwards. He was a professor at the university for 28 years and retired in 1988 at age 62. He proudly became a US citizen in 1963.

At NCSU he was a pioneer in computer modeling of water flow and dam breaks, and his research and software, Dynlet, were used by the Army Corp of Engineers, the United Nations and others. The government of Argentina built a large dam using his work and later invited him to visit the completed project. He was given a helicopter tour, which offered broad, sweeping views of the dam. It was an exciting time for Michael, made doubly so when the helicopter ran out of fuel and had to make an emergency landing.

Michael enjoyed chess, ballroom dancing, and playing duplicate bridge, earning enough bridge points to become a Life Master. On summer weekends, he liked to take his family to Kerr Lake to sail their Sunfish boat and cook kabobs on a Hibachi grill. He and Marjatta also thoroughly enjoyed the Gourmet Club, a group of six couples who met once a month to prepare and share a gourmet meal accompanied by plenty of fine wine.

Marjatta passed away in 2001. Michael later met Dee Welker, who became a close companion during the last chapter of his long life. They became bridge partners, traveled around the world together and continued to enjoy the Gourmet Club.

On the day before his death, his family organised a video call for him with his children and grandchildren. When told that all of these people were on this planet because of him, he summoned the strength to say, “I am so honored and proud.” Mikko, as his grandchildren called him, will be forever cherished in our hearts.

The family is holding an online Celebration of Life on March 21, 2021. To participate or view the Celebration, please email [email protected]

This is from Margaret. Christina and Cheryl, thank you so much for your condolences. It's also nice to hear from you as I remember your parents, particularly your mother. Maybe the next time, that my brother, John, and I are in Raleigh we can have a small tribute meeting for all of our parents along with Camilla.
- Margaret Amein
Camilla, John, and Margaret, I send my condolences to you. Your parents were delightful people and as my sister, Christina, said, our families enjoyed many good times together. I remember the kindness of your mom and dad from my childhood days and I loved listening to our parents' exchange of stories. May you memories bring you comfort. Cheryl Block
- Cheryl Block
My parents, the late Miriam and Bill Block, always enjoyed their evenings with Mike and Marjatta. Those evenings were full of stories and laughter. What a lovely couple. My sympathy to you three, Camilla and John and Margaret; I know you have so many happy memories. You chose fantastic parents! And John, I still remember what an excellent student you were at Brooks Elementary School. A long time ago. Christina Block Terrell
- Christina Block Terrell