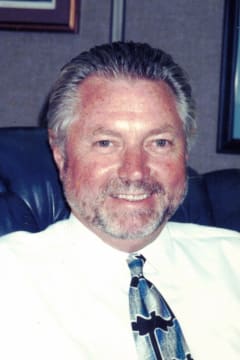 In 1960, Dewey graduated from Cleveland High School in Johnston County, NC and later from the University of North Carolina at Chapel Hill with a degree in Business Administration.

In 1964, he was employed in the Raleigh District Office of Froehling and Robertson, a testing laboratory, headquartered in Richmond, VA. In 1968, he was promoted to manage the Roanoke, VA district office. In 1970, he resigned from the company and moved his family back to Raleigh, NC and joined the North Carolina Department of Revenue as a Revenue Field Auditor. As a field auditor, he conducted audits of individuals, businesses and corporations, not only in North Carolina, but also those taxpayers outside the state that had tax responsibilities within the state.

In 1983, he was appointed to head a new division in the Revenue Department, the Criminal Investigation Division. As Director of that division, he was tasked with investigating criminal tax violations of state revenue laws and recommending prosecution to the DA’s office. In 1989, the General Assembly enacted legislation to authorize the Revenue Department to conduct a 90-day Tax Amnesty Program. As Director of the Criminal Division, he was appointed by the Secretary of Revenue to manage that program. After successfully managing this program, he continued directing the Criminal Division.

In 1997, he was appointed Assistant Secretary for Field Operations. In this position, he had oversight responsibility for the operation of the Examination, Collection, Motor Fuels and Unauthorized Substances Divisions and all field offices throughout North Carolina, constituting approximately half of the agency’s permanent workforce.

After 32 years of service, his retirement was celebrated at a gathering in the Rotunda of the State Capitol. Attending were state officials, including then-current Secretary of Revenue, Norris Tolson, former Secretary of State, Rufus Edmisten, former State Auditor, Ralph Campbell, Jr. and others. At this celebration, he was awarded the state’s highest civilian award, the Order of the Long Leaf Pine.

Dewey was a Master Mason and a long-time member of William G. Hill No. 218 Lodge in Raleigh, NC.

Visitation will take place Wednesday, June 29, 2022 from 1-2 PM at Montlawn Funeral Home Chapel located at 2911 S. Wilmington St, Raleigh, NC 27603, with the service beginning at 2 PM. Entombment will follow afterwards at Montlawn Memorial Park and he will be placed next to his best friend and lovely wife Bartlette.