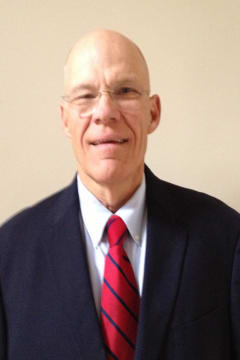 Dave was large in stature and lived a life to match his size. Gifted with athletic ability and a sharp intellect, he attended North Carolina State University on scholarship to play football and to pursue his goal of becoming a veterinarian. The Wolfpack won three ACC Championships during his years there, and he was chosen to play in the Coaches All-American game. More importantly, he accomplished his goal of being accepted at the University of Georgia School of Veterinary Medicine. Much to his surprise, he was also drafted to play football by both Houston and the Baltimore Colts. He gave pro football a try with the Colts but decided to pursue his true love and attend vet school. He never looked back!

He met his wife, Kathy, on a blind date canoeing on the Potomac River. They were happily married for almost 54 years and together were so proud of the loving family they created.

Dave and Kathy moved to Raleigh in 1974 and opened Falls Village Veterinary Hospital. A few years later, he was fortunate to add Dr. Amy Lewis as his partner. In addition to his busy practice, he was an active volunteer as a member of the of the Civitan Club, Ducks Unlimited, Wake County Wildlife Club and the Wolfpack Club.

In 1983, Dave began ten years of service as Chairman of the Wake County Board of Health. In honor of this commitment, he was named the Tarheel of the Month. NCSU was always important to him, and he served on both the Alumni Association Board and the NC State Athletics Council.

In retirement, he joined the Wakefield Plantation Club where he met a group of like-minded friends who enjoyed golf, fellowship, and volunteering at the Shepherd’s Table Soup Kitchen and the Special Olympics. The group also sponsored a yearly golf tournament to support our soldiers in the National Guard.

Dave fought a courageous battle with heart disease, and his family is thankful for the care provided by Dr. David Millward, Dr. Joseph Rogers, Dr. Sameh Mobarek and Transitions LifeCare of Raleigh.

Dave is survived by his loving wife, Kathy; his daughter, Dr. Katie Barrett (Tom) of Raleigh; his daughter, Betsy Simerville (Bill) of Charlotte; and five grandchildren, Hanna and Louisa Barrett and Will, Jackson, and Walker Simerville. He is also survived by his sister, Karyl Walls of Durham and several special nieces and nephews. He was also very close to his many cousins and countless friends.

In lieu of flowers, donations can be made in memory of Dave to: