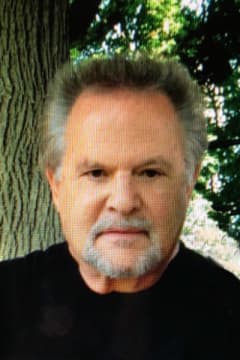 Dan Kaseman Beard passed away on September 6, 2020, at home in the presence of his loving family. He faced his diagnosis of cancer with grace, courage, and dignity and fought it until the very end. He was born in York, PA, on May 28, 1940, to the late Dan K. Beard and Josephine Magee Beard.

After graduating William Penn High School in 1958, he attended Penn State University and then enlisted in the United States Army and was a proud Ranger of the 82nd Airborne Division. After serving his country, Dan worked at NCR as one of the first computer salesmen. He was the founder of Auto Locator Magazine and Beard Printing in York,Pennsylvania, where he lived most of his life. Dan and his wife Donna moved to Clayton, NC in 2017.

He leaves behind his loving wife of 40 years, Donna Beard; his daughter, Cindy Christman of Orchard Park, NY; his son, Shawn Weiss (Kelly) of Raleigh, NC; five cherished grandchildren, Ryan, Tyler and Patrick Weiss, Noah and Anna Christman; two sisters, Nancy Beard and Jane Beard-Kass, of Ft. Collins, CO and numerous nieces and nephews. He enjoyed spending time in his field, riding his tractor and hitting golf balls (Midnight Beard). He was deeply devoted to his grandchildren and his dogs, Jack and Jack Jr.

An intimate memorial service will be held on Friday, September 11, 2020, at Renaissance Funeral Home in Raleigh, NC. If you wish, memorial gifts can be made to The Wounded Warrior Project, PO Box 758516, Topeka, KS 66675, www.woundedwarriorproject.org.

The memorial service will be streaming live here:
https://www.facebook.com/raleighcremation/posts/3873346859348427

Donna, We are so sorry to hear of Dan's passing. We have many fond memories of Dan, playing golf and dining at ODCC. Tom and Sheree Seben
- Tom Seben
Dear Donna & family, Please know our thoughts and prayers are with you all at this time. Dan and you were always great friends to me when I needed it most. In Sympathy, Jane & Don Snelbaker
- Jane Snelbaker