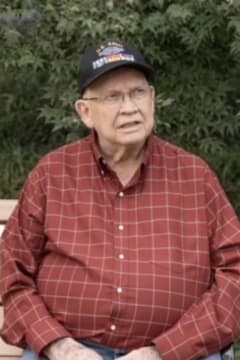 Chester Wilson Brumley Jr. passed from this life on November 6, 2022. He was 76 years old. Chet is survived by his wife of 44 years, Susan, his son Barrett, daughter-in-law Trisha and his beloved grandchildren Sienna and Reid. He is also survived by his brother Paul (wife Janet), and mother-in-law Kay Abbott. He was predeceased by his parents C. Wilson Brumley Sr. and Ruth Decker Brumley and his sister Rebecca.

Services will be held at North Haven Church, 6620 Six Forks Rd, Raleigh, NC 27615 on Saturday, November 12, 2022. Visitation will be at 1:00 followed by a Celebration of Life at 2:00. He has requested that his ashes be spread in Copano Bay at Rockport TX, where he spent many happy hours on the water during his growing up years.

IN CHET’S OWN WORDS:

I was born in Houston, Texas to a former Army/Air Force pilot and divinity student and his young working wife. I grew up as a P.K. (preacher’s kid) and at times tried to live up to the P.K. reputation. We moved several times as the Lord called my father to preach and pastor in churches across south and east Texas.

After several attempts at colleges and jobs, I was drafted into the US Army by the grandfather of my future wife, Susan, who happened to chair the local draft board. It didn’t take long to realize that skipping all those classes, failing a few and dropping out was a big mistake.

I thought I could outsmart the Army by signing up for every school they offered. Surely, that would keep me safe and away from Vietnam. I went to jump school and Ranger school and, after graduation, begged the commanding officer to get me in any school he possibly could. Six hours later I was off to Special Forces school at Ft Bragg. After graduation, I got orders for Vietnam. Seems the more training I got, the deeper in the woods I went. I survived Vietnam with a Silver Star, four Bronze Stars, four Purple Hearts, seven Army Commendations for Valor and a Vietnamese Legion of Valor from the President of Vietnam.

After the Army, I continued to work for the government mostly in South and Central America. From there, my careers were decidedly less adventurous including a stint as a car salesman, sports photographer, gentleman rancher, industrial gasket salesman, substitute teacher and running a lost luggage delivery company at the airport. A varied list of professions, but I ended up being pretty good at all of them.

Susan came back into my life as she was finishing college and I was going back for the umpteenth time. With her oversight, I finally graduated and we got married. We were madly in love and after awhile, we had our son Barrett. He helped us grow up as he grew up.

We again grew as a family when Barrett married his sweet Trisha. They started their own family when Sienna was born followed by Reid two years later. I will miss them greatly.

The older I get, the more I reflect back on the things I did that were important. My wife of course is the best thing that ever happened to me. My son is the second best and has given me so much joy. Then comes the great friendships we’ve made over the years, especially through our church. I don’t think anyone could have had better friends and family than me and I will be eternally grateful. Now I’m gone and they will have to have fun without me.

“God has protected me more times than I can count. So, I can only imagine the times I’ve been rescued that I didn’t even know about. Thank you, God, for always being there, even when I didn’t know it. Amen”