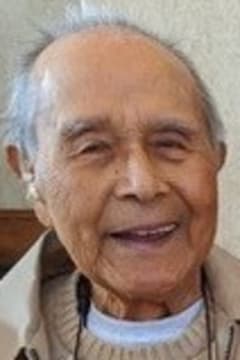 Benjamin Anthony Dacanay, 98, of Raleigh, NC, died on September 30, 2020, having lived a full and fascinating life. He was born in the Philippines on October 5, 1921, son of the late Feliciano and Jovita Dacanay. He was a loving husband to Patricia (Burgess), whom he married on December 28, 1963.

Ben grew up in Shanghai, China, where he was educated in school by French Marist Brothers. In 1945, he enlisted in the U.S. Army. He went on to serve during the Korean War, an assignment that helped him to obtain his U.S. citizenship in 1956.

Following his military service, Ben started a 34-year career as a software programmer with IBM Corp. His IBM career included moves to San Bernardino, Calif.; Huntsville, Ala.; Boulder, Colo., and Apalachin, N.Y. During his six-year tenure in Huntsville, he helped develop the instrument unit that would guide the Apollo Moon Landing Unit back into the earth’s orbit. He retired from IBM in 1990.

Following his retirement, Ben worked as a home health aide for several years and, in 2001, he and Pat relocated to Raleigh, N.C. Ben enjoyed traveling with Pat, watching sports and attending all of his grandchildren’s activities. He always had a bottle of Tabasco sauce on hand for every meal.

In addition to his parents, Ben was preceded in death by his sisters, Sr. Elizabeth Dacanay and Virginia Dacanay.

A private funeral Mass will be held at St. Luke the Evangelist Church in Raleigh.

Please share a condolence, photo or memory of Benjamin. We welcome all condolences that are positive and uplifting that will help family and friends heal.