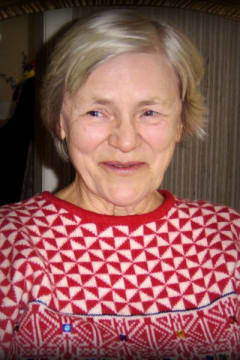 Anneliese Evrenidis of Raleigh, North Carolina died on Friday, November 13, 2020 at the age of 83.

Anneliese was an angel in looks and heart and was called ‘The Bun’ by her husband and children, who considered her their honeybun. She was born on March 27, 1937 to Gretchen and Hanse Herman Ahrens, in the Hamburg-area of Germany, which was known as Lower-Saxony at that time. She grew up in bad times during and after World War II. She was loved by friends and relatives for her loving character and natural beauty. Her loving character never changed, and she had only good words for everyone she knew and never harmed or offended anyone in her life.

Anneliese came to visit her sister Gretchen in 1956 to improve her English language skills after completing studies in Germany concentrating on Economics and English. She was getting ready to go back to Germany in 1958 when she was introduced to Pavlos (Paul) Evrenidis thru a mutual friend. For Paul it was love at first sight, like getting hit with a thunderbolt. Anneliese had many suitors but was not looking for romancing. She wanted marriage and a family. Paul said to her the second time they met that “All I want in life it to get married with you”. At first, she thought this guy is crazy, but then she realized that Paul was serious, and she fell in love with him.

Anneliese and Paul traveled to Athens, Greece and were married on May 8th, 1960 in a Greek Orthodox church. They lived in Greece for a year and then traveled back to the United States to start their life and family. Anneliese and Paul were married for the next 62 years and their love blossomed and became stronger every day. It was a very good life, and they were blessed with 2 wonderful children.

Anneliese enjoyed gardening, entertaining, shopping, volunteering with NAMI and her job as a Programmer at IBM.

Anneliese was diagnosed with a severe case of sleep apnea 5 years ago. Sleeping with a mask was not enough, but she suffered without complaint even as she struggled with pain and debilitating side effects. She fought her condition as a great trooper does, with decency and courage. The last two months proved to be a loosing battle and she succumbed on 11/13/2020. It was a peaceful death, and the family has Duke Hospital/Neuro-ICU to thank for this blessing. Heaven has won another angel and we lost the beautiful golden heart Anneliese.

Anneliese was preceded in death by her parents Gretchen and Hans Herman and her siblings Gretchen, Herman and Heidi. She is survived by her loving husband, Paul; son, Basil, and his wife, Lawson; son, Paul Jr.; 2 step-grandchildren and several nieces and nephews. A funeral service will be held on Friday, November 20th, 2020 at Renaissance Funeral Home of Raleigh at 1pm.

Any guests that have been invited to attend the funeral service must wear masks. Keep in mind the attendance capacity is very limited. Contact the family or the funeral home for any questions. 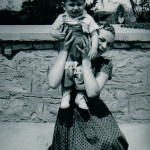 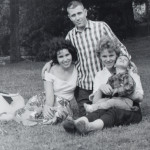 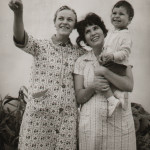 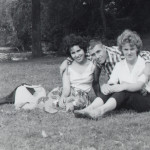 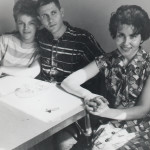 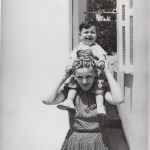 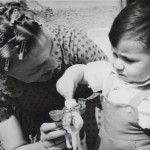 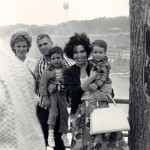 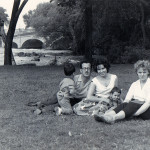 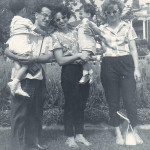 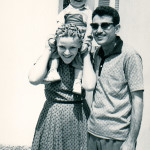 My late husband, Dave, and Paul worked together at IBM in New York. Our families transferred to Raleigh in 1970. We have been close friends ever since. When they moved to Manassas, VA, Dave and I visited them. We were looking forward to a wonderful Greek or German meal, however, Anneliese made salsa and other Mexican fare, as Paul had recently finished teaching at a university in New Mexico. We had a good laugh about that. Over the years, we enjoyed many good times together. Anneliese brought so much joy and happiness to so many people. She was a sweet, gentle person and the center of Paul's life. "Goodbye, friend." Paul, you have my empathy and love, and I hope you find the coin in the Vasilopita this New Year's Eve. ~Joan Baron
- Joan Baron
Our most heartfelt condolences to Uncle Paul, Basil and Paul Jr., on the loss of our beloved Aunt Anneliese, on behalf of the Marangozis family (Kostas, Dimitra, Basil, spouses and children). Our thoughts and prayers are with you during this difficult time. Aunt Anneliese was a shining example of kindness, grace and beauty, who lit up the world around her and made it a better place. She will be missed, but the memories she created will live in our hearts forever. These pictures of earlier years with our now departed parents, clearly show her love of family and the joy she would always bring to those around her.
- Basil Marangozis
I will always remember Nanna's beautiful voice, laughter, ile and kindness.
- Doris Rompf
Anneliese was an amazing and wonderful woman. As my neighbor and friend, I would visit Paul and he called me Lane to the rescue about mechanical things. Anneliese would come out and say Paul, stop bothering him. But it was my greatest pleasure to see her smiling face, I would try my German on her and she would give a hearty laugh. My singing in German would really get a big smile. Paul would show me photos from their early life, and I would say Paul--how in the world did you land such a prize, and he would laugh and agree. I have never seen two people in love like them. I have great memories she gave that I will always remember.
- Lane Gallo
For my loving Aunt, who was like a mother to me. My deepest sympathy to my Uncle Paul and my cousins Basil and Paul Jr.
- Peter Rompf,