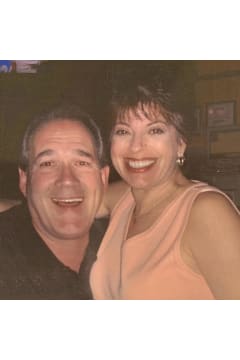 Andrew George Belotti, 72, peacefully passed on August 11, 2020 after fiercely fighting a second round of cancer. Born in New Jersey on April 23, 1948, Andy was the son of the late Joseph and Mary Belotti and older brother of the late Joseph Belotti.

After graduating high school in 1965, Andy joined the ROTC. His squad was called to serve in December that same year. After 18 completed missions, helping to lead his squad, he earned the rank of Green Beret. The drive and determination to reach such a distinguished milestone no doubt helped him persevere during other challenges in life. Being part of this elite group and the pride for his country certainly nourished him. His pride was evident, from his great war stories to the flags flying high above his home.

His strength helped him survive 18 months as a POW during the Vietnam War. For his time and leadership, along with his sacrifice, Andy was awarded multiple Purple Hearts, a Silver Star, a Distinguished Service Cross, Rank of Captain and a new set of teeth giving him a smile he claimed to be that of Burt Lancaster. He later joined the New Jersey State Police.

He moved his family to Pennsylvania to help his uncle run his construction company where he learned the business from the ground up. Armed with experience and knowledge, Andy moved to North Carolina in 1990 and formed Andy Belotti and Associates, LLC. It was his work ethic that had him overextended far past his prime to see his projects to completion. Up until a few days prior to his passing, he was still enjoying coffee and barking orders at his crew while estimating new jobs.

Another love of Andy’s was “the little guys”, how Andy referenced children. They made him smile, he knew how to make them laugh and they gravitated towards his infectious kindness. PopPop found joy helping the grandchildren with projects, refinishing old toys and heading to Lowe’s for a class that he could share with them.

There wasn’t a person, young or old, that wouldn’t be met with “I got a joke for you”. They were always colorful, occasionally witty and only sometimes, truly funny. Andy had a story for every occasion, situation, and close encounter. Be it clients, friends, bar buds, or even a stranger, if he had a receptive ear or audience, he would share a life experience that anyone would swear was written in a Hollywood Movie.

Andy had a passion for supporting St. Jude’s Children’s Hospital and the Wounded Warrior Project. The family would be grateful for any thoughts of gifts or donations be made in Andy’s honor to these wonderful organizations:
www.stjude.org
www.support.woundedwarriorproject.org

Andy will be tremendously missed. Andy stories were exciting and funny. We will miss hearing his stories over and over. And the jokes could knock you off a chair. Andy made you feel welcomed at all times. Always offering help. And cooking the best Matzo Balls every year for Passover. Lol I know Andy is Italian. Yes and he loved the old crooners. It was an honor at their wedding to watch him and Diane dance with with ole blue eyes singing Just to them. Andy we love you and pray you are out of pain and dancing with the stars.
- Joy Saltzman-Murphy
Diane and family, We will always smile when we think of Andy and remember fondly all the stories we heard over the years. He was such a sweet man with a great sense of humor and will be greatly missed. Lots of love to all of you, Ron and Lisa Townsend
- Ron and Lisa Townsend
Andy and his crew completed three projects for us; sunroom and garage additions, a finished basement, and an enclosed porch. The work was finished on time, fairly priced, and is still serving our needs. Andy and I shared a love for jokes and crazy, funny stories from our days in law enforcement and military service. His company and friendship were always welcome and always something to look forward to. We will miss everything about him. With deepest sympathies and all the best wishes for the family, Einar Bohlin & Karen Diebolt
- Einar Bohlin
The first time I met Andy we had just moved into his neighborhood......he was the first person to stop by and welcome us, and told us he lived at 3624......in his words "the beginning of a perfect womans measurements". Not too long after that there was a neighborhood watch meeting and we met Andy and Diane and they were both so warm, friendly and full of humor that they became a big part of our lives. We have so many fun memories it is impossible to capture just one......we loved Andy (and Diane) and were incredibly sad to hear of his passing. We will miss his jokes, stories and just the general sense of fun. He was the ultimate Peter Pan....forced to grow older, but refused to grow up (in a fun way). We will miss you mook, and much love to Diane and the family and their grief over your loss xx
- Becky & Adrian
My cousin Andy like most of us was not a perfect human being-- well maybe except for his heart and his good intentions. I like to think that like a fine wine, he aged and gained wisdom while always caring about his family and friends. I've lived in Washington state for the past 40 years and so have had limited chances to be in his company in person-- But he cared and was there when it counted-- when we experienced an earthquake in Seattle, he was the first to call to see if we were all fine. When his brother, Joey, died and I called to comfort him on the phone--it was Andy who comforted me. He was such a great story teller--really an entertainer in that respect. In his early years, I loved his hairdo--reminiscent of Elvis. As his little cousin-- I always thought that was so cool! His children and grandchildren were so lucky to have had him in their lives. Rest in peace, Andy. Love Denise
- Denises Novak
Andy has left quite some memories behind. We will miss his forever phone calls, his endless stories and jokes. He has had great things to say about his grandchildren- he loved them. Bill, Andy and Joey were very close - all growing up together. He was always a part of our lives even though we lived in different states. Rest in peace and now your no longer in pain.
- Sally and Bill Girkesh
Diane and family, we send our condolences and prayers to your family. Andy will be so missed in the neighborhood. We always enjoyed when he would drive by and talk to us and always leave us with a joke. His work at our house will always remind us of him. Melissa, Shawn, Nathan and Kristen Replogle Sleepy Hollow
- Melissa Replogle