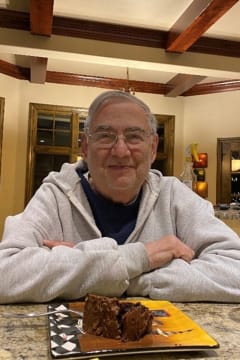 Alphonse (Al) Michael Bracco of Reston, Virginia, passed away peacefully on August 16, 2021 at the age of 82. He was the son of the late Anthony and Theresa Bracco. He is survived by his spouse, Elizabeth (Betty); his daughter, Lisa Callahan; her husband, Robert of Evergreen, CO; son, Michael Bracco and his wife, Tiffany of Raleigh, NC and four grandchildren, Mindy, Carly, Tim and Ryan. He is also survived by his two sisters, Barbara Christina and Carol Fish.

Al was born on June 30, 1939, in Brooklyn, New York. He attended Brooklyn Polytechnical Institute where he earned his BS in Electrical Engineering as a member of the ROTC, later he earned a master’s degree from Syracuse University. After graduating, he served 2 years with the US Army in Ft Belvoir, VA. After the Army, Al worked for IBM in Poughkeepsie, NY and Manassas, VA for 34 years, working in the semiconductor industry, advancing to a company executive. Al had a passion for helping students get introduced into the workforce; for years at IBM, Al was a sponsor for many college interns who would alternate semesters working at IBM and going to college. After retiring from IBM, he joined Loral Federal Systems and then BAE Systems as a business executive until he permanently retired.

Al and Betty married on July 28, 1962, recently celebrating their 59th wedding anniversary. They had two children, Lisa and Michael. Al enjoyed coaching youth soccer for his daughter’s and son’s teams. After the kids were adults, Al and Betty enjoyed traveling to the Caribbean and Europe, visiting their grandchildren, and playing with their four-legged children, Rex and Zoe. In retirement, Al volunteered with AARP helping underrepresented individuals complete their yearly taxes.

The family is planning a celebration of life on a future date. In lieu of flowers, the family asks that donations be made to the Alzheimer’s Association to help fund research to prevent and cure dementia and Alzheimer’s disease. You can find a tribute to Al and a link to donate at Alzheimer"s Association