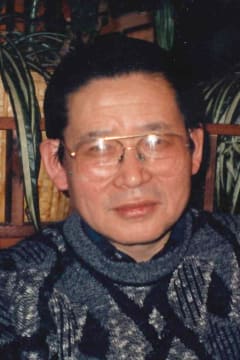 He was born Woojong Kwak to a Christian family in the Jeonra Province, South Korea, in March 1935. His father was an elementary school principal and his mother a home maker. He grew up as the eldest of nine siblings. It was tumultuous times in which he grew up as a teenager. World War II raged on until he was ten. The Korean War broke out when he was fifteen as part of the worldwide struggle between the capitalist and communist ideologies. He saw his country and his hometown ravaged by war. A reflective person, he developed interests deeper than worldly or material success. He turned to the study of philosophy, literature and religion, as he sought to understand the world in which he lived. He wrote poetry.

Abraham met his wife, Sarah Castle, through one of his high school friends. He and Sarah were married in 1964 after several years of dating. Abraham and Sarah had an enduring and devoted marriage in which he was everything to her and she to him. Abraham and Sarah had two children, Paul and Silvia. The family immigrated to the United States in the early 1980s, as Abraham dreamt of their children being educated in the American college system.

Abraham was a thinker, a dreamer, a poet, a good story teller and a man with an infectious laugh. He was also an avid fan of boxing and MMA. And he loved dogs. He touched many deeply through his thoughts and deeds and he was loved by many. He is survived by his wife, Sarah, his children, Paul and Silvia, and his grandchildren, Flora and Susannah. He will be missed dearly. He was one of a kind.