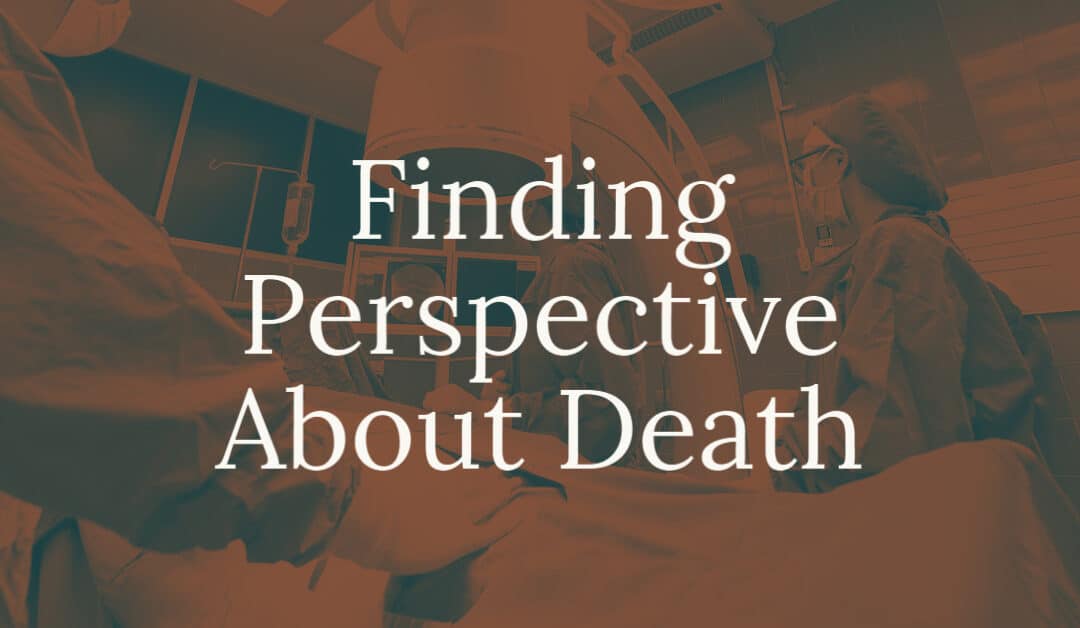 Entire article reposted with permission from Dr. Pamela Prince Pyle as published  in the Epoch Times September 21, 2021 Perspective on Death is a Good Thing to Gain

Perspective on Death Is a Good Thing to Gain

If you’ve ever suffered the throes of grief, the idea of anything good coming from death seems cruel. Entertaining the idea feels impossible. That’s normal. It takes time and distance to get a broader, more accurate perspective. It’s worth the trouble to gain it because getting a fresh perspective on this loss can help you endure it and live a more meaningful life.

As a doctor who serves the terminally ill, I’ve witnessed patients receive a grim diagnosis and then fight a brave but losing battle against illness.

I’ve seen loved ones huddle in hospital emergency rooms following an accident to wait nervously for good news that would never come.

I’ve sat with patients, couples, and entire families as they wrestled with end-of-life decisions.

I have also worked with sick patients in Rwanda, a country torn apart by genocide and affected deeply by the impact of the early AIDS crisis.

Your perspective on death changes through these experiences.

The first time I cared for a patient who died was traumatic for me as a young doctor. I can still picture the medical ward in which he lay. He had been placed somewhat close to the nurse’s station, positioned centrally in the ward because he was a special case who required special care.

As I cared for him that first month, his shrinking body took up less and less of the bed. Each morning, I would make my first set of rounds alone, walking from bed to bed, taking notes as I went. When I would reach his bed, I would gently touch his bony shoulder to rouse him from sleep. He would always have a greeting. He was a generous man, kind and ingratiating even as he suffered a slow death.

When he looked worse than usual one day, I asked my resident if we could do a lumbar puncture to rule out meningitis. When the answer was “yes,” my heart skipped a beat. I had never done one.

“Please don’t let me hurt him,” I whispered to myself as I gathered materials from the supply closet. He watched as I prepared. With medication, his fever had dipped, and his eyes were a little brighter. He looked at me and said, “I trust you.”

The man’s quiet strength humbled me, shamed my selfish thoughts, and ultimately changed me. He taught me that no matter what, I have to choose my patients over myself, every single time. He was showing and teaching me what true nobility looks like.

The procedure went without incident, but later that day his fever returned, and he began to have difficulty breathing. The last thing I did before the end of my shift was to walk alongside him as we moved him to the intensive care unit. A swarm of ICU nurses and doctors took over, and I watched in fear, not for myself but for this tiny slip of a man who had taught me so much.

The next morning, I rose earlier than normal. Upon arriving at the hospital, I went straight to the ICU. Peeking into my patient’s room, I saw a freshly made bed. The room was empty and still, free from all of the chaos that had been swirling there only a few hours before.

He didn’t make it. My first death … my first death! Sorrow overwhelmed me. I failed him. I failed! What could I have done differently or faster? Was I somehow responsible? Was there any good in that procedure?

I learned through him that serving someone with humility and empathy is its own reward, and the only bulwark against the pain and guilt that weighs on the heart after someone departs.

That patient’s death affected me in profound ways. He taught me important lessons that made me a better doctor and human. Since then, I’ve accumulated more lessons on death and dying.

I learned through working with the terminally ill that patients usually die the same way people go bankrupt—gradually, then suddenly.

I learned that physical touch with compassion and empathy matters deeply.

I learned through working with AIDS patients that shame should never be attached to a disease.

I learned that the only way to avoid deaths from weighing on my heart, some with the spectacular weight of monuments to failure, is to know that I cared for that individual with all my heart, soul, and mind—I mean, really cared.

I’d like to think that my first patient somehow knows the enormous impact he had on me as a young doctor—and the ripple effect his life has had on so many others I’ve cared for. Because he was a generous man, knowing this would make him break into a big smile.

And that’s the biggest lesson of all.

When we’re fortunate enough to live through someone’s death, we’re able to glimpse the truth that things aren’t merely what they seeming any given moment. Where once we assumed that at death, the story and power of a life was over, perspective helps us see that it’s not. Not by a long shot.

——————————————
Dr. Pamela Prince Pyle is a board-certified internal medicine physician, who was one of three physicians selected in 1992 by Carolina Health Specialists to begin the first hospital-based internal medicine practice outside of a university setting in the United States. In 2009, Dr. Pyle began traveling to Rwanda for medical work with Africa New Life Ministries and was instrumental in the founding and growth of the Dream Medical Center in Kigali. She is the author of A Good Death: Learning to Live Like You Were Dying, coming in 2022. To learn more visit her website.
——————————————
At Renaissance Funeral Home, we are here to walk with you through your grief journey and assist you to create memorial experiences that bring together family and friends. We help you remember so that you can move forward with hope and courage. Contact us today and find out how we can help you.