10 of The Most Stunning Mausoleums in the World 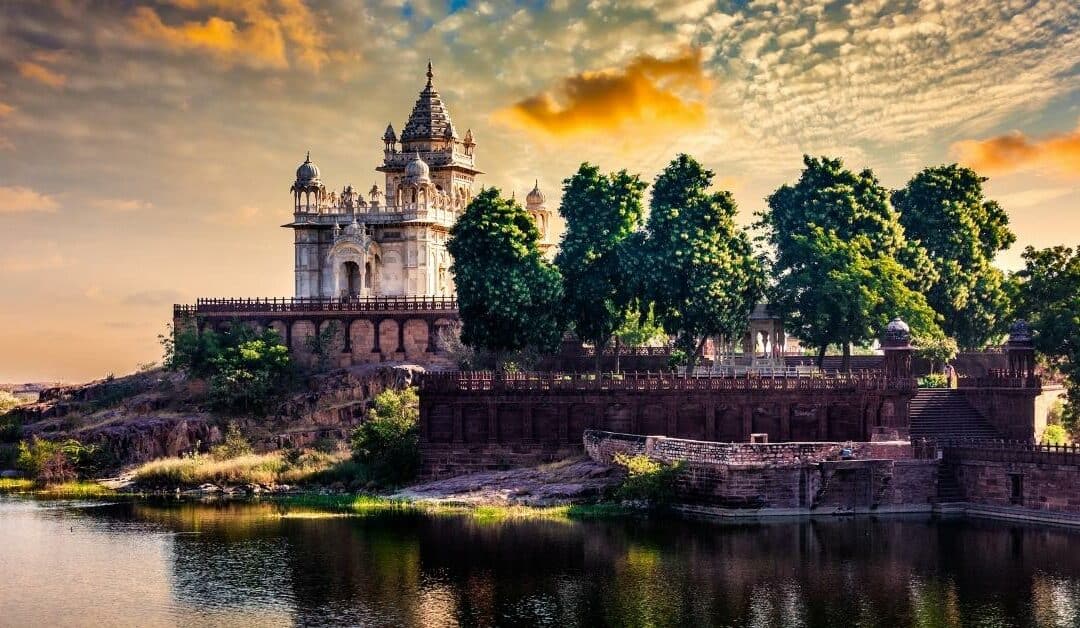 Mausoleums are large, impressive, and often ornate structures found in cemeteries across the United States. While many think mausoleums house the remains of the deceased, this is not always the case. Some mausoleums are elaborate walls that designate an area for family plots. This blog post will look at 10 of the most stunning mausoleums in the world. Whether you are interested in learning about mausoleums for personal reasons or just out of curiosity, we hope you enjoy this list! 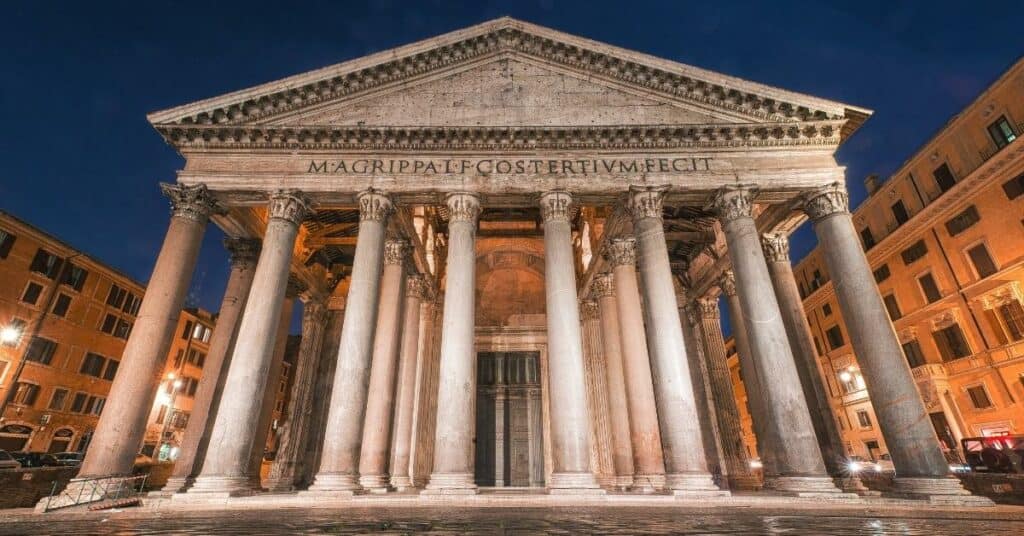 Mausoleums can often be quite elaborate. Some are famous for their architecture and design, such as the Pantheon. Sitting atop Montagne Sainte-Geneviève in the heart of Paris’ lively Latin Quarter, the Panthéon is a mausoleum for celebrated figures in French and Parisian history, including Victor Hugo, Marie Curie, and Voltaire. (1) 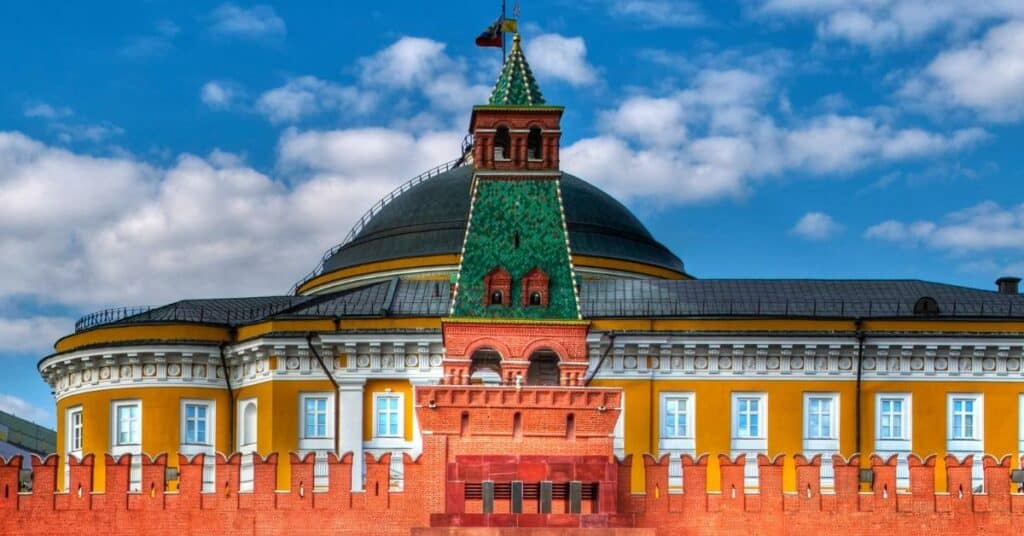 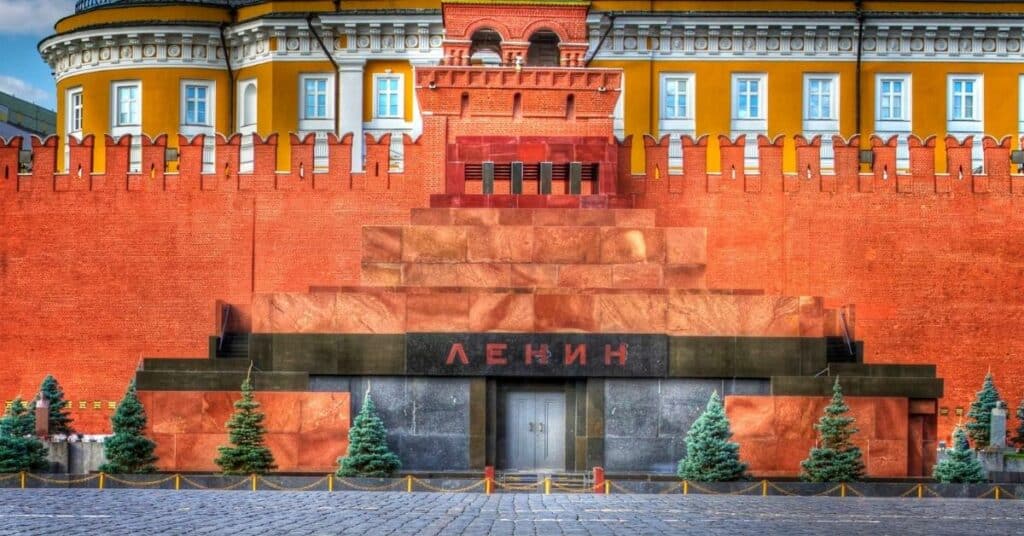 Located in Moscow’s Red Square is the mausoleum that serves as the final resting place of Vladimir Lenin. (Lenin’s body was preserved after his death in 1924 and remains on public display).

Located in Iran, the mausoleum is made of simple polished stone and is believed to date back to 530 BC. Cyrus the Great was the founder of the Persian Empire.

Nintoku Mausoleum, located in Nakamozu, Osaka, is one of the world’s three largest tombs. This keyhole-shaped tomb was created in the 5th century. (2)

While some mausoleums are easy to visit and see from a cemetery, others are more private. Nintoku is a mausoleum located in Japan on an island mausoleum and is only accessible by boat.

“Daisen Kofun, believed to be the final resting place of the mysterious Emperor Nintoku, is the largest tomb in Japan. Nintoku was reputedly the 16th emperor of the nation, but because his life and reign are shrouded in myth, his existence remains controversial. The mausoleum of Emperor Nintoku is the centerpiece of a cluster of 49 burial mounds known as the Mozu Kofun Tombs.  Spanning an area greater than the Great Pyramid of Giza, the forested burial site is certainly fit for royalty. ” (3)

The Shah-i-Zinda complex was formed over eight (from the 11th until the 19th) centuries and now includes more than twenty buildings.

“The ensemble comprises three groups of structures: lower, middle and upper connected by four-arched domed passages locally called chartak. The earliest buildings date back to the 11th – 12th centuries. Mainly their bases and headstones have remained now. The most part dates back to the 14th – 15th centuries.” (4)

The Taj Mahal is one of the most beautiful mausoleums in the world. Mughal Emperor Shah Jahan built this mausoleum in memory of his late wife Mumtaz Mahal. He started construction of the mausoleum in 1632 and completed it in 1648. 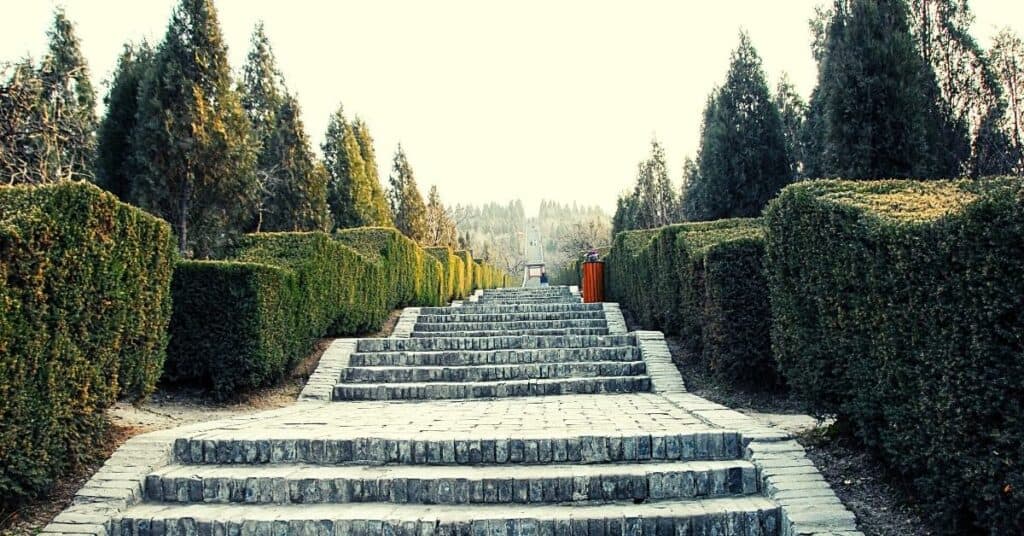 The mausoleum of the first Qin emperor, located in Lintong County, Shaanxi Province, China, is a UNESCO World Heritage site. Builders constructed this marvel between 246 and 208 BC. It remains the largest mausoleum in the world, encompassing thousands of buried terra-cotta warriors and horses.

Construction of the mausoleum took over 38 years, from 246 to 208 BCE, and it sits underneath a 76-meter-tall tomb mound shaped like a truncated pyramid. The tomb rests in the southwest of the inner city and faces east. The main tomb chamber houses the coffin and burial artifacts and exists as the core of the architectural complex. (5)

8- The Mausoleum of Augustus, Rome, Italy

Augustus, the first emperor of Rome, began the construction of his mausoleum around 28 BCE. The site, located on Campus Martius, is an area that Augustus developed as a public gathering space near the city center. He completed the mausoleum around 19 BCE, and the people buried him there after his death in 14 CE.

Later, Roman emperors added their own crypts to the mausoleum, and it became a traditional burial place for members of the imperial family.”

The mausoleum is now a ruin, but it is still impressive. You can visit the mausoleum and see the crypts of Augustus and other emperors.

The mausoleum of Ataturk is located in Ankara, Turkey, and honors Mustafa Kemal Ataturk, the founder of the Republic of Turkey.

Atatürk’s Mausoleum (Anıtkabir) is the final resting place of Mustafa Kemal Atatürk, the founder and first president of the Republic of Turkey.

The mausoleum sits on an imposing hill overlooking Ankara, the capital city of Turkey. Architect Emin Onat and engineer Orhan Arda built the mausoleum finding inspiration in ancient Turkish mausoleums. They finished the mausoleum in 1953. You can visit the mausoleum and see Ataturk’s tomb, as well as a museum about his life.

Looking at the stunning images of this mausoleum may call to your traveling urges. However, the Jaswant Thada mausoleum is in Jodhpur, India, quite a distance from the United States! The structure honors Maharaja Jaswant Singh II, who ruled from 1878 to 1895.

This white-marbled architectural feat is a memorial site of The Rajput clans. Maharaja Sardar Singh built this cenotaph in the 19th century in memory of his father, Maharaja Jaswant Singh II, the 33rd Rathore ruler of Jodhpur.

The temple is made of white marble so fine that the outer surface of the whole building emits a warm glow during sunlight. Currently, the structure exhibits a variety of paintings and portraits of Jodhpur rulers.

These are just a few of the most stunning mausoleums in the world. If you want to know more about mausoleums but cannot visit them in person, plenty of online resources can help you learn more about these fascinating structures.

These are just a few of the most stunning mausoleums in the world. If you are interested in mausoleums but cannot visit them in person, plenty of online resources can help you learn more about these fascinating structures.

You can also plan your own memorial mausoleum structure for a family burial ground or to house urns or caskets. An example of a modern mausoleum wall is the family plot of Vera Wang. Their large lot in Kensico Cemetery in NY leads with an immense “Wang” stone marker stretching across its expanse.

At Renaissance Funeral Home and Crematory, we create beautiful and memorable events for families to remember their loved ones. With our on-site crematory and chapel, we can help you with everything you need to prepare for a funeral or memorial. We can also help you plan for your own future needs with a preplan.

We want to help walk you and your family through a difficult time by providing for all of your needs while you grieve. Contact us or come by for a free tour of our facility.