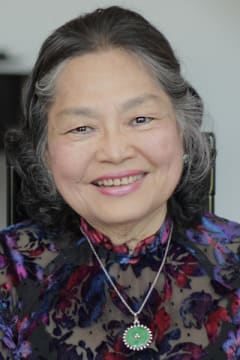 Mrs. Philamena Maria Xuyen Thi Dao of Raleigh, NC passed peacefully on December 31st, 2020 surrounded by her beloved family. Mrs. Dao was born in Vietnam on May 5th, 1932 and was a devoted catholic. She is a symbol of love and sacrifice throughout her life as a wife, mother, grandmother, and great-grandmother.

Born in Hai Duong province in North Vietnam, Mrs. Dao lived a full life. She witnessed many significant events that shaped Vietnam's political turmoil in the 20th century. This included the nationalist uprisings against French colonial rule that led to the Geneva Accord of 1954, where Vietnam was divided into two countries, and the Fall of Saigon in 1975. Nine years after the Fall of Saigon, Mrs. Dao together with her husband, and their five children immigrated to the United States in 1984, settling first in Miami, Florida and later in Raleigh, North Carolina.

Mrs. Dao was an active supporter of her husband in his role as an active leader in social, cultural, and civic activities at local churches. They were also strong supporters of cultural events celebrating Vietnamese Heritage and assisted many Vietnamese families settled in the United States.

Mrs. Dao is survived by her five children, their spouses, fifteen grandchildren and a great-granddaughter. She also has loving extended family in the United States and Vietnam. She lived a full, happy life and is forever loved and cherished by family and friends.

Visitations will be on Tuesday, January 5th, 2021, 4 PM to 8 PM, at Renaissance Funeral Home and Crematory, 7615 Six Forks Rd, Raleigh, NC 27615. Mass will be held at 1 PM on Wednesday, January 6th, 2021 at St. Raphael the Archangel Catholic Church, 5801 Falls of Neuse Road, Raleigh, NC 27609. Cremation will follow immediately after mass at Renaissance Funeral Home and Crematory.

Wishing you Strength and Comfort through this difficult time. Ciro & Kim
- Ciro & Kim