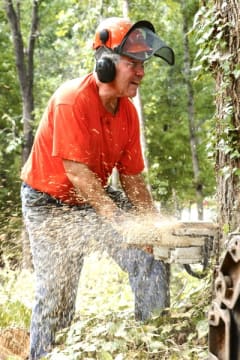 Paul was born on May 5th, 1949 in Ames, Iowa to William Victor and Eleanor Moore Bartholomew; he was the 4th of 6 children in the family. Family was always important to Paul and he remained close to siblings and made family reunions a priority. He is survived by his siblings Joyce Stovall (Don), Carol Hunter (Alen), Marcia Gandolph (Tom), and John Bartholomew (Holly) and preceded in death by Ann Hull (Dale).

He was a faithful lifetime member of the Church of Jesus Christ of Latter-day Saints, and served in the Central States Mission in 1968-70. He and Loanne spent two years on another Church mission in Australia, New Zealand and Papua New Guinea in 2007-2008. A few years later, they served a part-time employment mission in North Carolina. They also served in the Raleigh Temple for the last 10 years.

Paul was a giant wherever he went. He was big in stature and in voice, as well as in heart, stamina and good works. He helped others endlessly, both when it was his responsibility by assignment to do so and when it was simply the right thing to do. He will be remembered for a long list of very visible accomplishments; but perhaps more so he will be remembered individually by the hundreds of people he has simply helped with advice, money, food, employment, a hand up or some non-verbal communication. As big as he was, his compassion was bigger.

“Funeral service attendance by invitation only due to COVID-19 restrictions”

Loanne, I read Paul's obituary in the N&O. I am so sorry. I have such fond memories of Paul, meeting you both when you decided to purchase the Sock Shop. Paul's positivity was contagious. What a loyal friend he became. I loved the times at your "home office" hearing of Paul's latest adventure. Fortunately you were always the balance that kept him grounded. You were a great team. I loved Paul and will treasure the friendship he offered me. Please call on me if I can do anything for you or your family. With love, Bob Branch
- Bob Branch