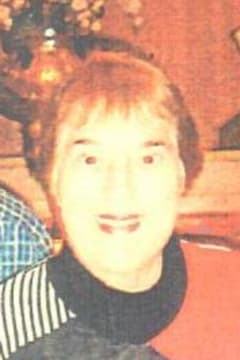 Condolences: Levine Memorial Chapel, Albany, NY
Obituary
Joyce Fishman Klein passed away on August 22, 2021. She was born in Albany, NY, the daughter of the late Hyman and Helen Firsty Fishman.

Joyce graduated from Albany High School, attended the University of Buffalo for two years, and she earned her BS in Business at Russell Sage College (Evening Division), while working for Merrill Lynch during the days.

Joyce worked in the field of financial management in the Washington, DC area for 10 years. She was listed in “Who’s Who in American Women of 1976” when she was a member of the Washington Society of Investment Analysts, and the first woman officer of the Macke Company, listed on the New York Stock Exchange.

In 1977 she moved to Puerto Rico to be an officer of Citibank for 2 years, then moved to Philadelphia to get married to Richard Klein. The Kleins moved to Clemson in 1981 when Richard joined the faculty at Clemson University. After Ms. Klein earned her master’s degree in HRD from Clemson University, she became the manager at the Jewish Federation in Ft. Lauderdale, FL.

In 1988, Joyce returned to Clemson in order to accompany Richard to Beersheva, Israel where Richard was a visiting professor at Ben Gurion University for a Semester. They enjoyed traveling all around the world, especially during retirement.

While living in Clemson, Joyce was a faculty member at Clemson University, then director of an agency of the United Way of Greenville for 16 years. In retirement, she became a volunteer consultant to several nonprofit groups in Pickens County, SC, a lay leader of Temple B’nai Israel in Anderson, SC, an active member and past president of the Clemson Area Congregations in Touch, and a participant (student and teacher) at the Osher Lifelong Learning Institute of Clemson University.

Ms. Klein is survived by her husband, Richard Klein, of Raleigh, NC plus nephews, nieces and many cousins. In addition to her parents, she was predeceased by two brothers, Robert and David Fishman.