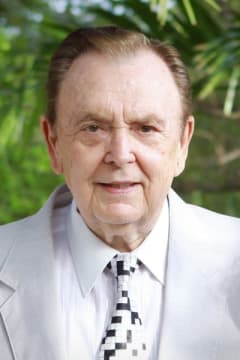 Jimmy (Jim) Carroll passed away peacefully on January 1, 2021 at WakeMed Cary Hospital, after a short battle with Covid-19.

Jim was born in Clinton, NC, the son of James William Carroll and Susan Estelle (Wilson) Carroll.
In 1956, he graduated from Dunn High School (Dunn, NC), where he played football.
Jim served his country in the U.S. Army from 1957-1959 as an ambulance mechanic and driver stationed at an Army base in Bonn, Germany.

After the Army, Jim lived in New York City for nearly 10 years. During that time, he completed a Bachelor of Laws (LLB) degree from Blackstone School of Law in 1964. Later he met his wife, Delia Josephine (Moylan) Carroll, at the famed Roseland Ballroom in New York City. He and his wife were married on March 25, 1967. After marriage, Jim and Delia resided in Raleigh, NC for over 40 years.

Jim was also a lifelong car enthusiast, fixing up his own cars in high school and later working as a wholesale used car salesman in New York City. After becoming an insurance agent, he continued to buy and sell cars a hobby. He especially loved convertibles.

He enjoyed watching NASCAR races on television and also loved attending them in person. His favorite NASCAR driver was Richard Petty.

Jim was a fan of country music and 50’s rock & roll. His favorite singer was Willie Nelson, who he saw in concert at least 10 times.

Jim spent the last four years of his life as a resident at Glenaire Retirement Community in
Cary, NC, where he is remembered fondly by both residents and staff.

In addition to his parents, Jim was preceded in death by his wife Delia, his son Declan, and his half-brother John.

Due to the Covid-19 pandemic, the family will conduct a small, private graveside service.

Memorial contributions may be made in Jim Carroll’s name to:
Alzheimer"s Association or the Wounded Warrior Project

He was a southern gentleman. But he and Delia sure knew how to party on Karen and Jason's wedding day.
- Pat Chesley
That was a beautiful tribute. I learned so much I didn't know! I'm glad Jim was able to enjoy the news of his granddaughter before he died. His memory lives on in the hearts of Karen and Jason.
- Gayle