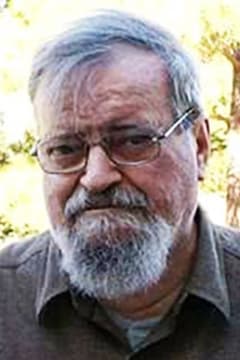 Jeffrey E. Fournier, age 74, formerly of Niagara Falls, NY, passed away on July 21, 2021 at his home. Jeff was born in Niagara Falls on October 17, 1946 and grew up on his beloved 68th Street. He was a graduate of Bishop Duffy High School (now Niagara Catholic) Class of 1963. He received a B.S. in Accounting and Finance from Niagara University. Jeff was a Veteran having served in the US Navy Reserves.

He is survived by his sister, Mary Warne of Sanborn, NY; sons, Glen Fournier of Raleigh, Phillip Fournier and his wife, Mallory of Mason, MI, and Keith Fournier of Raleigh, NC; granddaughter, Harper Fournier of Michigan; former wife, Jill Miller; and several nieces, grandnieces, nephews and grandnephews; and, numerous friends. He was preceded in death by his father, Camille Fournier, mother, Madalen (LaMar) Fournier; brothers, Camille (Sonny) and Joe; and sister, Doris.

Jeff was an avid collector of many things but especially books, music, movies, and particularly cars and car memorabilia. He also loved collecting and valued mementos of his father’s work at International Paper. Jeff’s true passion was automobiles. He was a self-taught auto body painter and restorer. He became well-known and sought out throughout the western New York area for his flawless and impeccable motorcycle and auto painting. After moving to Raleigh, Jeff worked at several vocations: auto painter and body man for Sanders Ford and other shops, salesman for Cablevision of Raleigh and then for Mechanics Choice, and lastly production debugger at IBM Manufacturing in the Research Triangle Park starting in 1987 from which he retired in 2003.

One of Jeff’s favorite things in life was to visit with friends and family at coffee shops where they swapped endless stories on anything and everything, but mostly about the automotive industry. He loved to play cards and board games with his friends and sons. He will long be remembered as a good friend, a caring neighbor, and above all a loving father.

In lieu of flowers, memorial contributions may be made to the Gary Sinise Foundation for Veterans. Please visit www.garysinisefoundation.org/donate